2021MY Corvette production starts in September.

It’s a great day for those who have signed their names on the dotted line to buy a C8 as it appears production of the mid-engined Corvette has finally started. The eighth generation of Chevrolet’s popular sports car was originally scheduled to hit the assembly line towards the end of 2019, but the UAW strike took its toll and forced General Motors to push back production until February.

It looks like they’ve managed to get everything ready a few days sooner, with production at the Bowling Green, Kentucky factory now underway. The reveal comes to us from Chevy salesperson Mike Davenport through his YouTube channel called “Chevy Dude” where he regularly posts videos about everything interesting that’s going on related to the C8 and other models that have the bowtie emblem. He was the first to break the news about Chevy cutting back on dealer allocations for the Corvette’s 2020 model year, which was shortly confirmed to Motor1.com by a spokesperson.

Get Up To Speed With The C8: 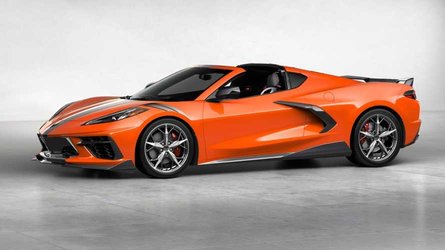 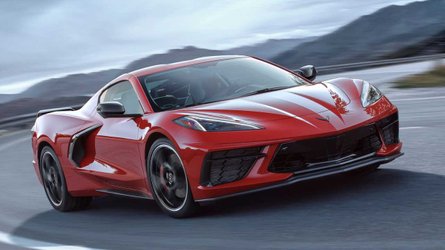 It goes without saying Chevy Dude is talking about the production of customer cars, including his very own C8. Another tidbit revealed is about the cancellation of the optional exposed carbon fiber ground effects for the 2020MY due to supplier issues. If you have ordered the car already with this option, Chevy will have no other way but to delete it.

For those who haven’t pre-ordered the new Corvette and are interested in getting the 2020MY, it appears April is going to be the last month when dealers will be able to ask Chevy for cars. Interestingly, Chevy Dude also knows the production of the mid-engined sports car will transition to the 2021MY in September.

That effectively means the initial model year of the C8 will only be in production for about seven months. We also get to learn the first cars will hit dealers across the country around mid-February or closer to the end of the month.

As you might have heard already, the 2021MY is rumored to come with a price bump, but nothing is official at this point. All we have for the time being is a rumor originating from a “well-placed source” cited by Motor Trend who is saying the Corvette will lose the sub-$60,000 sticker. Chevy Dude doesn’t expect the price increase to be significant, based on his 20-year experience in selling cars and analyzing Corvette pricing changes from one model year to the next.

Motor1.com has reached out to Chevy for comment and will update the article if we get a response.