Chrissy Teigen and John Legend know how to throw a party ... and leave it.

The Genesis GV80 is official. The luxury SUV was revealed first for South Korea, and most recently for the North American market at a special event in Miami. That just happens to be where Super Bowl LIV will take place this weekend, and the GV80’s presence is no coincidence. Genesis has a sponsorship with the NFL, and the first official advertisement for the GV80 will run during the big game.

Genesis is banking on star power to capture attention during the commercial breaks for this year’s game. The theme is ditching old luxury for “Young Luxury” and to help make that happen, Hollywood power couple Chrissy Teigen and John Legend are brought in to address a crowd that presumably represents the old ways. Teigen drops a few quips about stereotypical party-goers, then bails on the gala with hubby Legend behind the wheel of a GV80. It’s pretty straightforward, with the couple ending the bit by taking credit for making luxury fun.

Will the commercial resonate with luxury SUV buyers? There’s certainly a very strong case for the BMW X5 M and Mercedes-AMG GLE 63 being extremely fun luxury people movers, especially for folks who crave performance. The GV80 will offer a 3.5-liter turbocharged V6 engine producing over 370 horsepower (276 kilowatts) in top trim, and while it should make the SUV lively, it certainly falls far below the monster motors powering the Merc and Bimmer. Then again, its price should be far below those performance-trimmed variants. Current rumors suggest the V6-powered GV80 will reach $65,000, which is comparable to modestly equipped X5 and GLE models.

Official pricing for the GV80 will be revealed closer to the SUV’s on-sale date, which right now is simply listed as summer of 2020. In the meantime – and especially if the video above is taken down – the GV80 will strut its young luxury during Super Bowl LIV this Sunday. 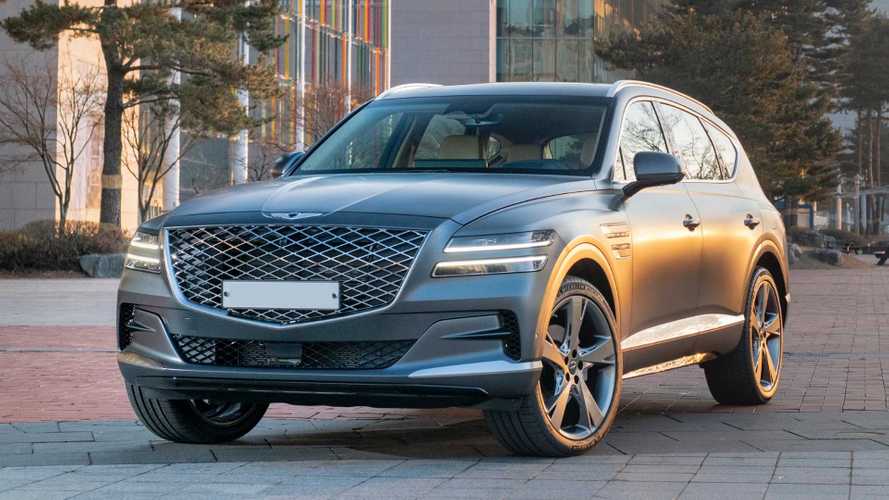