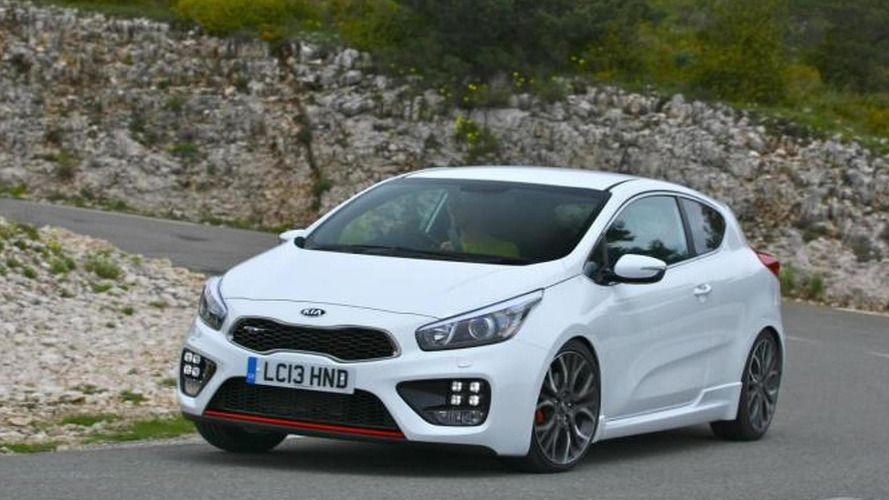 Kia is reportedly taking into consideration expanding its GT lineup in the near future.

Kia is reportedly taking into consideration expanding its GT lineup in the near future.

A Kia insider has told Auto Express if cee'd GT / pro_cee'd GT will be a success, then maybe other GT models will follow. The same source hinted at a Rio GT to compete with the Peugeot 208 GTi and Ford Fiesta ST. We assume the Rio GT will be slower and less powerful than its two rivals, but will compensate with a lower price tag.

Although a more powerful version of the pro_cee’d GT is not considered yet, the Kia insider said output of the 1.6-liter T-GDi turbocharged engine could be increased beyond the current 201 bhp (150 kW) mark.