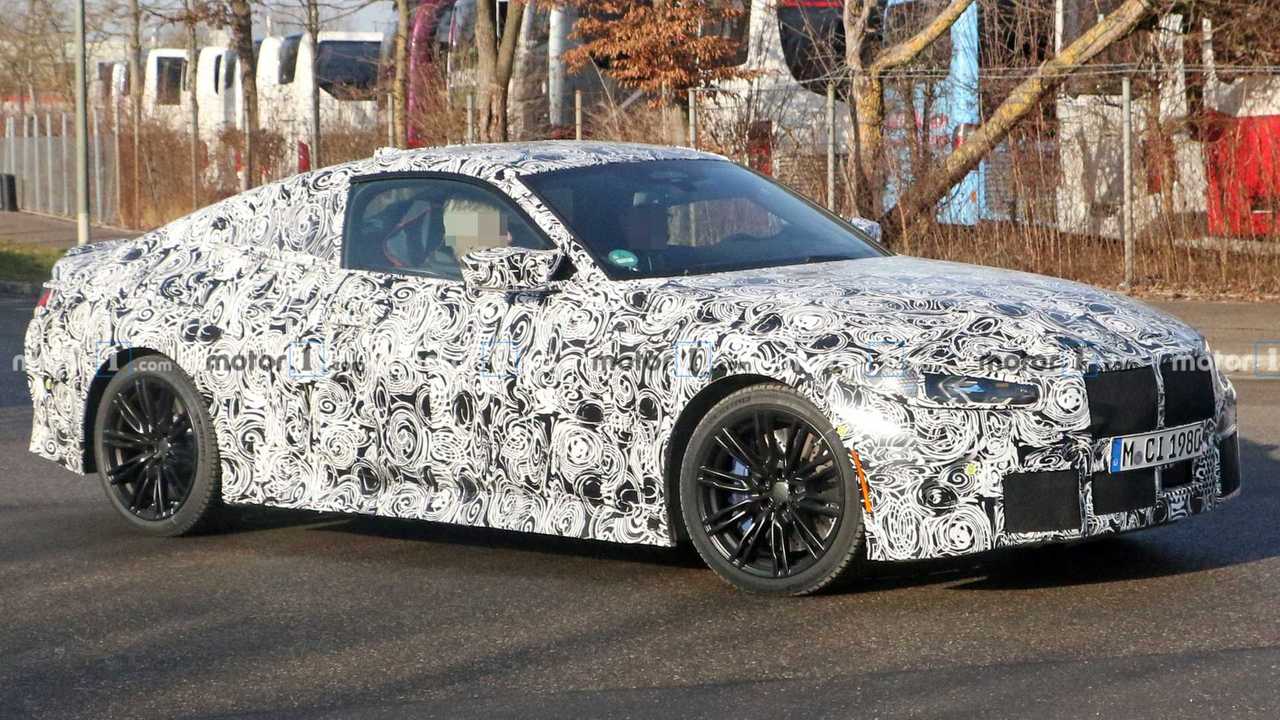 It looks as if it's about to drop the disguise and show its production metal.

BMW surprised just about everyone back in September last year when it unveiled the Concept 4 to preview the next-generation 4 Series. It’s not that we weren’t expecting to see it, but the massive kidneys created quite a stir, for better or for worse. Now that I got this out of my system, I promise I won’t mention the grille anymore.

Despite wearing full camo attire, this particular prototype is quite interesting as it looks pretty much like a production car. The orange side reflectors indicate it’s a U.S.-spec car, while the cutouts in the body wrap for the front and rear parking sensors reveal the test vehicle’s real paint. While some are saying it’s the new Isle of Man Green metallic (C4G codename) shade set to debut with the M3/M4, chances are that one is going to have a darker green finish.

A trustworthy source on the Bimmer Post forums says the car is actually painted in Sao Paulo Yellow (C4H codename), which represents another new hue set to debut with the upcoming M duo. It’s named after Autodromo Jose Carlos Pace and represents the first non-metallic M color in more than 20 years, with the last one being Imola Red.

Body color aside, you can easily tell it’s the M4 and not just a regular 4 Series Coupe judging by the specific M mirrors and chunky brakes. The quad exhaust is the most obvious sign we’re dealing with the cream of the crop, while the stiffer suspension setup with a reduced ride height is another telltale sign pointing towards the direction of the full-fat M model.

BMW has already confirmed it will introduce the new M3 Sedan and M4 Coupe later this year. Our pals at BMWBLOG are reporting the official premiere will take place this summer, but production won’t commence until November. If that’s correct, it means customer deliveries are programmed to begin early 2021.

One thing is certain – there will be plenty of configurations to choose from. BMW has repeatedly said there will be both rear- and all-wheel-drive configurations, manual and automatic models, and various engine outputs. Customers won’t be able to combine a stick shift with xDrive, but that’s hardly a surprise. As revealed in spy shots, an M4 Convertible will follow, most likely next year.