And that’s a good thing.

The Volvo 850 R isn’t the first make and model to come to mind when thinking of dream performance machines, but the 850 R is a bit of a unicorn. The boxy wagon packed a performance punch – for the time – and won over the hearts of enthusiasts with its square-ish quirkiness. The 850 didn’t have a long run, replaced before the new millennia by the V70. TheSketchMonkey YouTube channel uploaded a video that updates the 850 R with a modern design today’s consumer expects, without sacrificing the wagon’s iconic boxy proportions.

1972 Chrysler Imperial Redesign Is Befitting Of A Sith Lord
⠀

Much of the 850 R’s updating comes in the form of cleaning up the original wagon’s clunky aesthetics. The black cladding around the bumpers and on the doors is gone, and the massive taillights, that, while iconic, give the Volvo a very outdated appearance. The design is smoother and much more modern. It’s easy for a car from the 1990s to look wildly obsolete.

The revision gives the Volvo’s rear end a more angular appearance. The taillights, now LED units, keep the original taillights’ tall styling. The bumper better blends into the rest of the car’s design, too. Along the side, the cladding is replaced with a minor crease, and the door handles disappear, now sitting flush with the car’s body. Above that is a long greenhouse while the wheels grow underneath, bettering filling out the wheel wells. 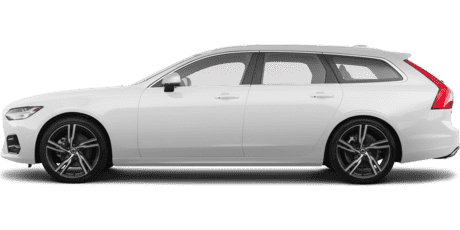 Volvo still offers two wagons today – the V60 and the more luxurious V90 – even though the car-buying public still prefers crossover and SUVs. They’re sleek successors to the 850 and the other Volvo wagons that came before it. It’s unlikely Volvo will revive the 850 nameplate or even the 850 R anytime soon, but that doesn’t mean we can’t dream. And if the car design doesn't interest you, he does give a deep-dive in the 850 R's unique history that's worth the listen.