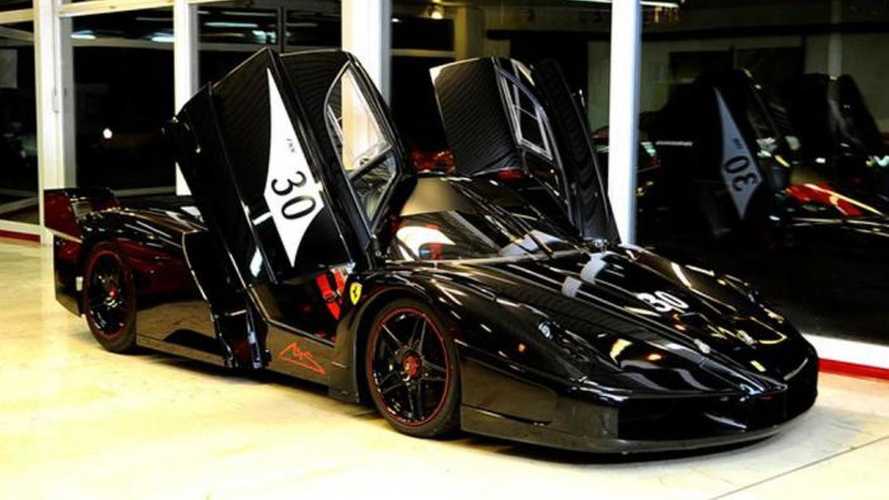 Supercar dealer Garage Zenith has a Ferrari Enzo and an FXX for sale which were previously owned by Michael Schumacher.

Supercar dealer Garage Zenith has a Ferrari Enzo and an FXX for sale which were previously owned by Michael Schumacher.

Both of them were custom built for Michael Schumacher during his stay at Ferrari and are a bit more special than the "regular" versions. The red Enzo was driven for 5,280 miles (8,500 km) and has several famous signatures under the bonnet, including Ferrari's chairman Luca di Montezemolo.

As for the FXX, it's been driven for just 559 miles (900 km) and is the only one wearing a black paint scheme. It was showcased by Top Gear in one of their episodes from 2009 when Michael drove the car at Top Gear's test track at Dunsfold Aerodrome.

The seven-time F1 champion didn't purchase these two cars with his own money since they were given by Ferrari as a token of appreciation for his achievements. The Enzo costs about 1.47M USD while the FXX can be had for around 2.67M USD.