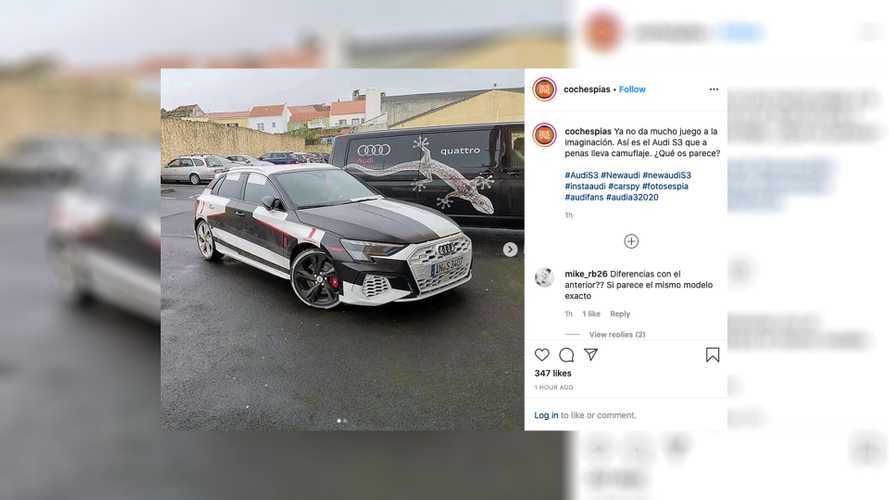 We’re patiently waiting for the all-new Audi A3. Spy photos last year showed the model undisguised. We’re still waiting for a reveal, which is frustrating because we’re excited for what comes next – the Audi S3. Much like its less-sporty sibling, we’ve seen a lot of the new S3 already. Now, two new Instagram photos give us our best look yet at the new performance Audi.

The photos come from the cochespias Instagram account showing the front and rear of the new S3 in all its glory. There’s no visible camouflage, just white and red covering certain parts of the car like part of the hood, grille, lower door, sill plates, and rear bumper. However, we can see the quad tailpipes and rear differs, sleek taillights, aggressive front fascia, and big wheels. The design matches what we've seen from other test mules.

We’ve had a great look inside the new S3 as well, with images showing off a radically different interior. The infotainment screen is baked right into the dash – it no longer sits on top of the dashboard like an awkward tablet. Below the screen are conventional buttons for the climate controls. The interior is similar to that of the 2020 Skoda Octavia and 2020 VW Golf, both of which ride on the same MBQ platform from VW Group as the A3. Both were updated before the A3. Audi’s digital instrument cluster is standard on the S3, too.

Early rumors about the powertrain suggest it should receive a healthy bump over the current 288 horsepower (215 kilowatts) available on the current model. It’ll likely match the output of the Golf R, which, according to leaked info from the same Instagram account, should make 329 hp (245 kW). That’d mean the range-topping RS3 could make as much as 400 hp (298 kW).

Audi could reveal the A3 as soon as this March at the Geneva Motor Show. Sadly, that’d mean we’d still have to wait for the S3 reveal sometime after that. The S3 sedan and S3 Sportback could debut before the end of the year or in early 2021.