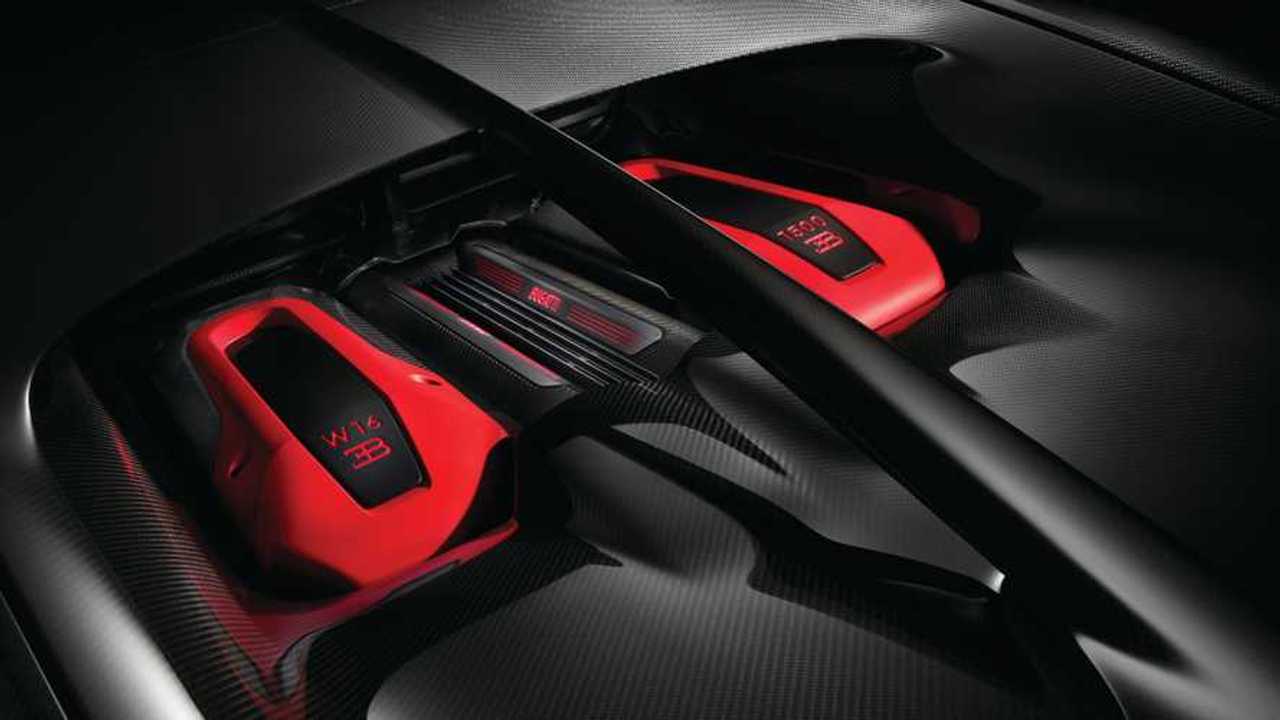 It powers the world’s most expensive new car ever – La Voiture Noire – and also the fastest street-legal production car ever built, the Chiron Super Sport 300+. It has been around since the late 1990s if you take into account Bugatti’s first concepts released underneath the Volkswagen Group’s umbrella. There was the 6.3-liter W18-engined EB 118 from 1998, the EB 218 revealed a year later, and the 18/3 Chiron from the same year.

All three had naturally aspirated engines, much like the EB 18/4 Veyron also from 1999, with Bugatti ultimately deciding to go with an 8.0-liter W16 for an updated Veyron concept unveiled in 2000. The namesake production model adopted a quad-turbo layout that is still being used today in the Chiron, cranking out as much as 1,577 horsepower.

If you’re a strong believer of the saying “there’s no replacement for displacement,” you’ll be happy to hear the W16 won’t be retired anytime soon. Despite more stringent emissions regulations, Bugatti’s boss told Autocar the powerhouse will live throughout the decade. Stephan Winkelmann referred to the 8.0-liter unit as being “a USP which is not diminishing in value”. Unique selling proposition indeed as no other automaker is offering a W16 engine.

Winkelmann went on to say that Volkswagen Group boss Herbert Diess “knows the value of a W16 engine,” meaning the VAG head honcho is fully aware of how valuable the 8.0-liter unit is and therefore is not looking to retire it.

It effectively means the Chiron’s successor will be blessed with the massive powertrain, but the long-rumored second Bugatti model could feature an entirely different setup as it might eschew the internal combustion engine altogether. We’re not going to see a Chiron replacement anytime soon since production of the current hypercar won’t end until late 2021. There are fewer than 100 examples still up for grabs for the one-percenters able to shell out about $3 million.