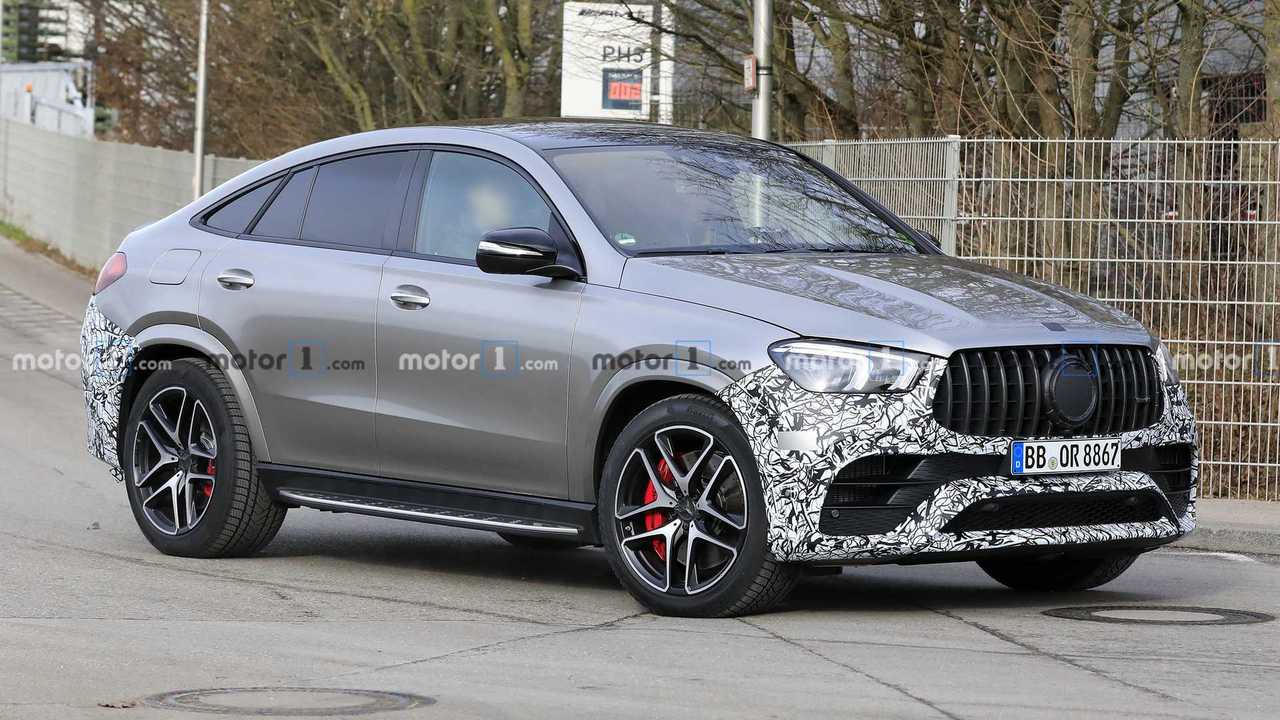 With the prototype carrying very little camo, it likely means a reveal is right around the corner.

With Mercedes-AMG unveiling the GLE 63 / GLE 63 S back in November 2019 at the Los Angeles Auto Show, we don’t need a crystal ball to see into the future of its “Coupe” counterpart. While we’ll probably never be huge fans of this body style, let alone the suffixes these vehicles are carrying, we have to admit the new GLE 63 Coupe does improve upon the old model’s design. Needless to say, looks are subjective, but the new generation does seem to have a more cohesive appearance.

The near-production prototype had camouflage only on the front and rear bumpers as well as on the three-pointed star badges. This is usually a sign an official reveal is right around the corner, presumably in the coming weeks prior to a public debut at the Geneva Motor Show in early March. The test vehicle appeared virtually ready to hit the assembly line, so this is basically what you’ll find at a Mercedes dealer near you once the next GLE 63 Coupe will go on sale later this year.

Much like the conventionally shaped GLE, the swoopier variant will rely on a twin-turbo 4.0-liter V8 engine benefitting from mild-hybrid tech to add low-end boost and shave off emissions. The standard AMG 63 model will be rated at 563 horsepower and 750 Newton-meters (553 pound-feet) of torque whereas the AMG 63 S will offer 603 hp and 850 Nm (627 lb-ft). In both cases, the EQ Boost will temporarily add 21 hp and 250 Nm (184 lb-ft) for better performance off the line.

save over $3,400 on average off MSRP* on a new Mercedes-Benz GLE

Since the GLE 63 Coupe will be nearly identical to the normal version save for the modified bodywork, we’re expecting similar performance numbers. Look for the standard model to complete the 0 to 62 mph (100 km/h) task in 4.0 seconds, with the S to shave off 0.2s. In regards to top speed, the GLE 63 Coupe will be electronically capped at 155 mph (250 km/h), but an optional AMG Driver’s Package will loosen up the limiter to unlock a top speed of 174 mph (280 km/h). The higher velocity – still electronically governed – should be accessible straight out of the box for the S model.

The pair of high-performance SUVs from Affalterbach will do battle with the latest BMW X6 M / X6 M Competition, as well as with newcomers such as the Audi RS Q8 and the Porsche Cayenne Coupe.