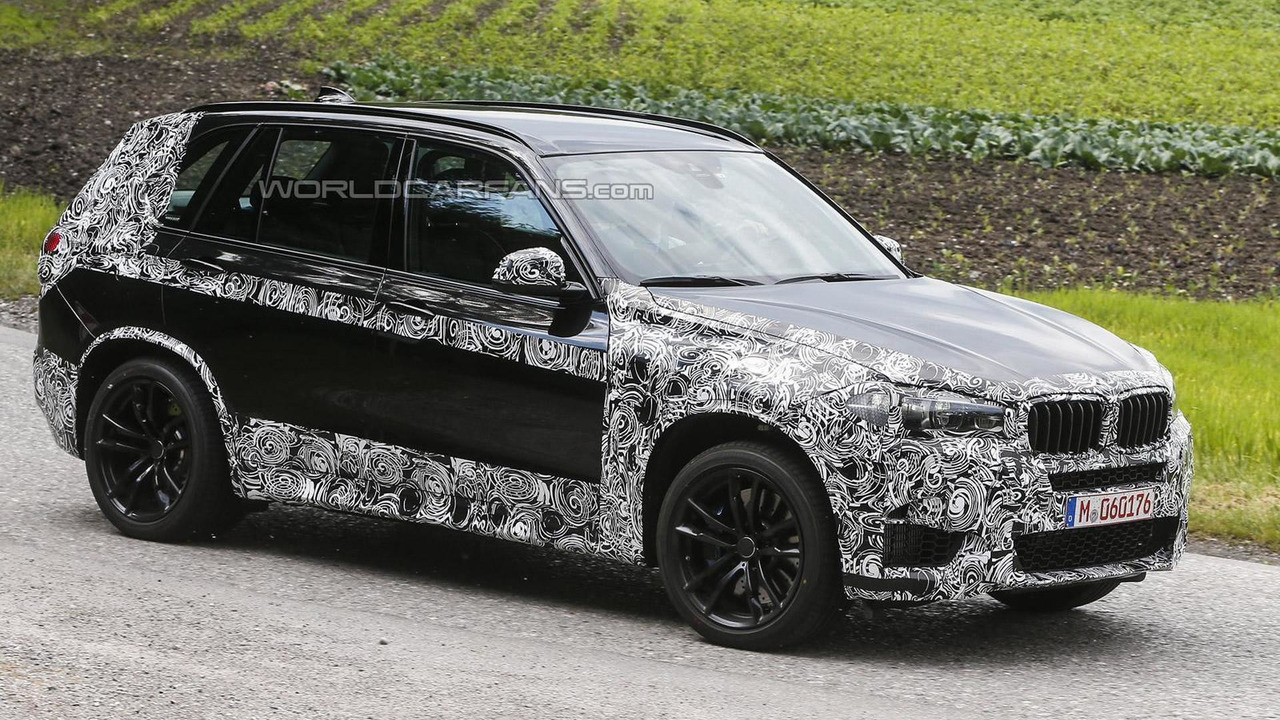 Our agile spies have taken yet another batch of photos with the upcoming BMW X5 M.

Our agile spies have taken yet another batch of photos with the upcoming BMW X5 M.

Following the launch of the third-gen X5, BMW continues to test the range-topping M variant which we assume will be launched next year as a 2015MY. It will come with bespoke front and rear bumpers, beefier brakes, a quad exhaust arrangement and large alloy wheels. Other highlights will include a sports-tuned suspension and several weight-saving measurements implemented on the standard model.

Under the hood it will probably get the firm's V8 4.4-liter twin-turbo engine but it’s not known whether output will be bumped. In its current configuration, the mill develops 555 HP (408 kW) and 502 lb-ft (680 Nm). Assuming these figures will remain intact, the 2015 BMW X5 M will still be faster than its predecessor thanks to a lower curb weight which will also diminish fuel consumption.