2020 SEAT Leon Leaks Out A Day Before Its Official Premiere 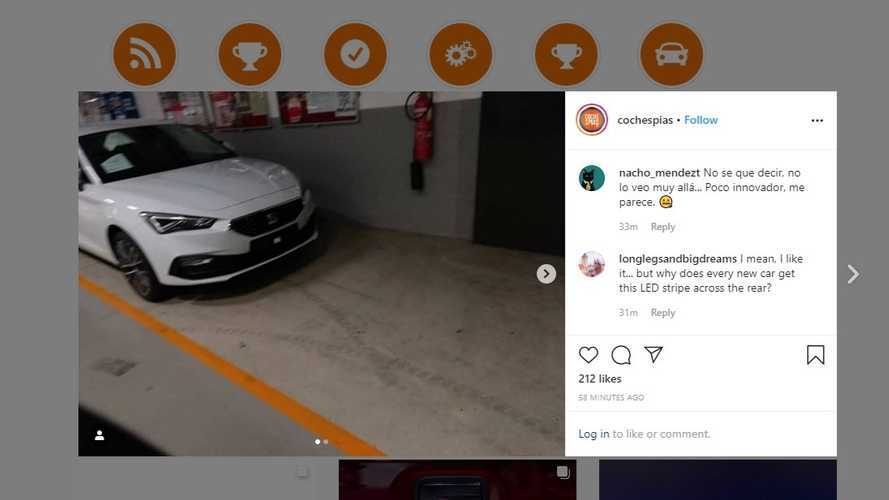 Do you like it more than its cousin from Wolfsburg?

[UPDATE] And the leaks continue... A new image has been attached below, courtesy of Instagram user "seatblogil."

SEAT will be livestreaming the world premiere of its fourth-generation Leon tomorrow evening (Europe time), but the cat is pretty much out of the bag. After leaking out the AMG E63 facelift and the Golf R over the weekend, Instagram account "CocheSpias" is kicking off the new week in full force with revealing images of Martorell’s revamped compact hatchback.

The photos appear to be taken somewhere inside a building and show what we’re tempted to believe is a pre-production prototype of the Leon IV. While it doesn’t look particularly exciting at first glance, the quality of these images is not exactly great. In addition, perhaps white is not the best color for the hatch, which for its upcoming iteration will eschew the three-door version altogether.

If you click on the right arrow above, you’ll get to see the vehicle’s rear end. It has been pretty much revealed through teasers in the build up to the big debut on January 28, so that wide LED strip should come as no surprise. The Leon is the latest vehicle to hop on the full-width taillight bandwagon, and is the second SEAT after the Tarraco to get this arrangement. The Cupra Formentor also had it, but that was only a concept.

Speaking of which, the Formentor’s sharp styling is evident on the Leon, right down to the shape of the front grille and the almost identical headlights. It’s the same story at the back, with the obvious exceptions of the concept’s sporty bits we’ll eventually see on the Cupra Leon hot hatch.

While an image of the interior is not available in this set, we do know from teasers and spy shots that the Leon’s cabin will have quite a few things in common with the Golf 8’s interior. That’s hardly a surprise since the two will share the revised MQB platform and most of the oily bits also found in the new Skoda Octavia.

Join us tomorrow for the Leon’s world reveal when we’ll have all the juicy details about Spain’s popular hatch.