That's a lot of disguise for only a facelift.

Available only as a hatchback in some markets while in others it comes as a sedan, the Kia Rio has been spied for the first time testing in facelifted guise. The fourth generation of the South Korean supermini was introduced back in October 2016 at the Paris Motor Show, so it makes sense that Kia has been spotted out and about testing the mid-cycle refresh. It should be out towards the end of the year or early 2021.

Don’t let the bulky disguise trick you into believing this will be an all-new car with an entirely different design as the little hatchback is unlikely to go through any major changes. Changing the front and rear doors for only a facelift would be too expensive, therefore we believe the disguise slapped in that area is futile. We’re expecting the usual cosmetic changes brought by a facelift, such as lightly redesigned bumpers and a new look for the headlights and taillights.

Judging by those 17-inch alloy wheels, we could be looking at the Rio GT Line. That said, it’s missing the dual exhaust tips and it also doesn’t seem to have the four-point “ice cube” LED daytime running lights up front. It’s difficult to pinpoint the changes Kia will be making to its subcompact car, but we wouldn’t hold our breath for something exciting. 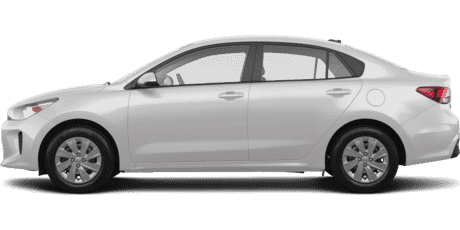 It would be sweet if the B-segment hatchback were to get a Rio GT version to rival the Ford Fiesta ST and the Volkswagen Polo GTI, but we're just not seeing that happening right now. It would be too much of a time and financial investment for a vehicle unlikely to generate enough sales to justify the efforts.

While the Picanto is getting ready for a nip and tuck, its sister model from Hyundai is preparing to enter its third generation. The next i20 was spotted last November and should be out later in 2020, with a hot i20 N serving as the Rio GT that Kia is unlikely to build.

Rekindle With The U.S. Version: