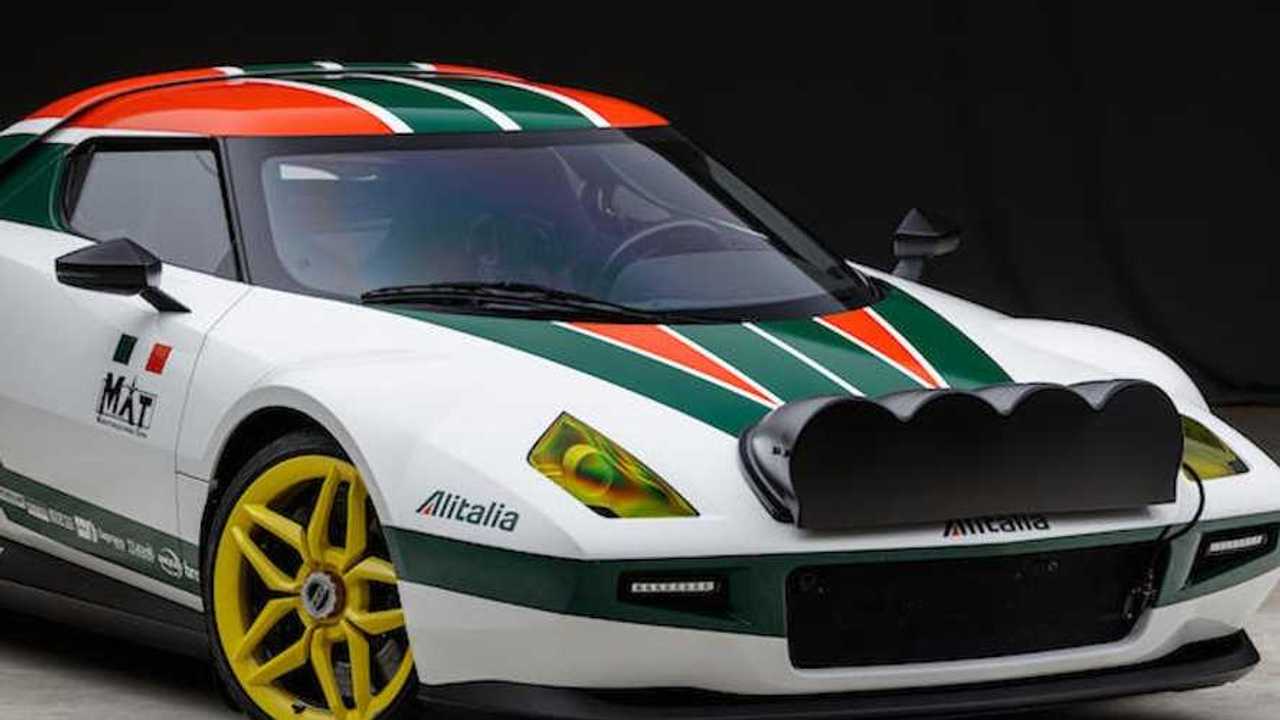 Whoever gets this is a lucky person, indeed.

One look at the paintjob and the name, and this car needs no introduction. To those who know their rally history, and how Lancia was the first ever major manufacturer to ever develop a car specifically for rallying, will undoubtedly have a soft spot for the Stratos. Meant to replace the Lancia Fulvia, it's wedge design was coined by Bertone, and it's engine was a 2.4-liter V6 from a Ferrari Dino; the Stratos was a purpose built rally car; a homologation special, if you will. It was the car that won the 1974, 1975, and 1976 Word Rally Championships, plus more than a handful of wins in other rallying events across the world. No, what we have here is not that same car. But it does pay tribute to the original in all the right places, and only 25 will ever be built. To us, this seems like a no brainer for any fan with deep pockets.

What we have here is the first of twenty five 2009/2019 MAT New Stratos Coupes, a re-imagined Stratos by Chris Hrabalek, the one who bought the rights to the Stratos name when Lancia allowed it to lapse in 1990. With the support of ten rich backers, the first design was shown at the 2005 Geneva Salon to critical acclaim. With more support and Pininfarina coming onboard, the design was further refined and tweaked to use the then current Ferrari 430 Scuderia as the basis of the New Stratos. Some mishaps, such as Ferrari not willing to supply the parts for the 25 cars, led to a delay that lasted eight years. That is, until Manufattura Automobili Torino (MAT), led by ex-special projects manager at Pininfarina, Paolo Garella, helped revive the project using Ferraris supplied by his customers.

The Stratos Will Always Live On In History:

Here’s What Makes The New Stratos So Special
⠀

This specific example is based on an F430 Scuderia with around 18,750 miles when conversion commenced, with the car being completely converted in March of 2019. Under the hood is a potent 4.3-liter V8 that makes 540 horsepower (37 more than the stock Scuderia) in a car that's 110 pounds lighter. With proper registration and documents in order, plus the unmistakable Alitalia livery, this is probably one of those once in a lifetime opportunities. The listing can be found here, on Bonham's website, and you have until February 6, 2020 to save up and drive it home. Or someone else will.