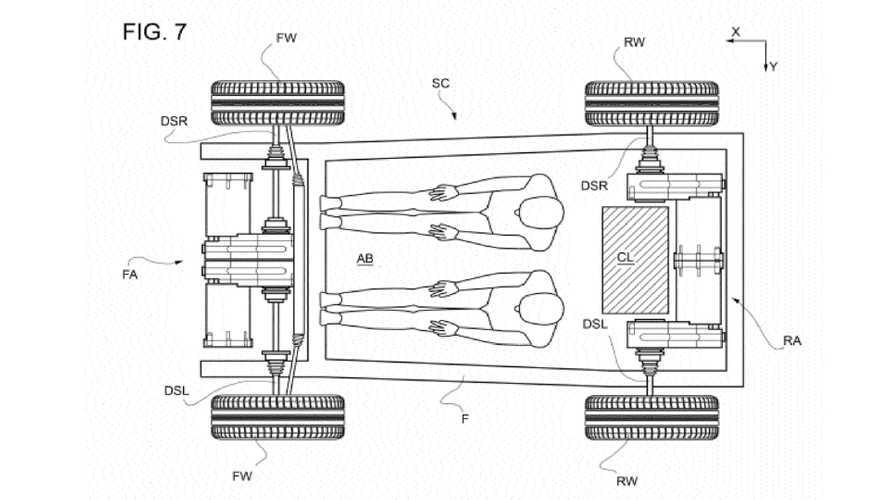 It's about time we hear something from Ferrari about its future EV.

Five years – that's the amount of time that we all have to wait before Ferrari finally reveals its first all-electric supercar.

Ferrari Sold More Than 10,000 Cars A Year For The First Time

The future is electric, and it isn't exclusively true with mass-produced vehicles anymore. Porsche has its Taycan, the brand's first four-door EV, and it sure has stirred the segment. Now, it's Ferrari's turn – although this patent submission by Ferrari, scooped up by Taycan EV forum, reveals scarce information about the future supercar EV from Maranello.

As expected, the upcoming Ferrari EV will have four electric motors – one powering each wheel, if we're to believe the patent's details. As described in the patent, "an electrically powered road vehicle comprising four drive wheels and four reversible electric machines, each of which is mechanically entirely independent of the other electric machines and has a shaft directly connected to a corresponding drive wheel."

Considering that this "independent" operation of the motors means it will be capable of the most precise torque-vectoring, the future electric Ferrari should retain the handling prowess that current cars are known for.

Meanwhile, Ferrari Has Already Started The Charge With Its First PHEV:

Ferrari Shows What It Takes To Build The SF90 Stradale
⠀

The battery pack will be housed in a clearance area housed by the rear wheels, as with most EVs of today. It's notable, however, that the patent application applies to a hybrid application as well. In this case, the internal combustion engine will be housed in the clearance area instead of the battery pack. Other details of the patent submission can be found in the gallery above.

This patent application isn't a concrete reveal of what Ferrari has in store for its first EV, of course. It is, however, a good sign that the company is serious about introducing a green vehicle into its gas-guzzling lineup.