A bigger engine and a larger battery pack should help.

At the 2018 Geneva Motor Show, Mitsubishi announced the Outlander PHEV would receive a larger engine and a bigger lithium-ion battery pack. That upgraded powertrain has yet to reach U.S. Outlanders, but a new report from AutoGuide.com says that'll change for the 2021 model year. The publication discovered the upgrade hybrid setup among Mitsubishi's recently submitted its 2021 VIN system to the National Highway Traffic Safety Administration. 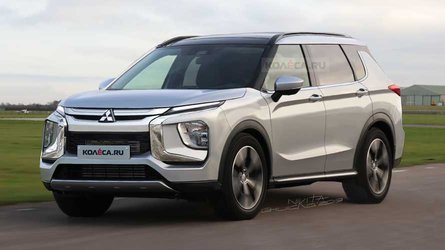 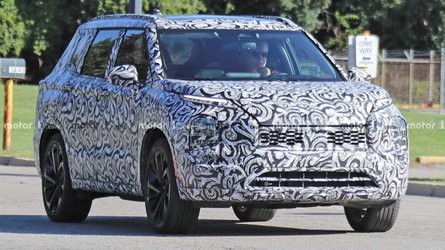 The 2021 Outlander PHEV will use a 2.4-liter naturally aspirated four-cylinder engine that makes 126 horsepower (94 kilowatts), according to the publication. The new engine's horsepower number has previously been a mystery. The engine will pair with two electric motors that produce 93 hp (69 kW). The battery pack grows from a 12.0-kilowatt-hour battery to 13.8. The electric-only range should increase from the current PHEV's 22 miles (35 kilometers) offered today.

Mitsubishi is working on giving the SUV a significant update. The current model debuted for the 2014 model year, which happened two years before Mitsubishi joined the Renault-Nissan Alliance. Sheesh. We spotted one of the first test mules last year.

Rumors suggest the new Outlander will ride on the same platform as the next Nissan Rogue, which means the Outlander will grow in size, borrowing a look similar to that of the Mitsubishi Engelberg Tourer concept. Mitsubishi claimed the concept's twin-motor design could deliver 43 miles (69 km) of all-electric range, which nearly double the current SUV's range.

We're not sure when the next-generation Outlander and the PHEV will debut; however, it will be this year, and it could happen as soon as next month at the New York Auto Show. The Geneva show is the month after. Whenever it debuts, it should go on sale this fall.