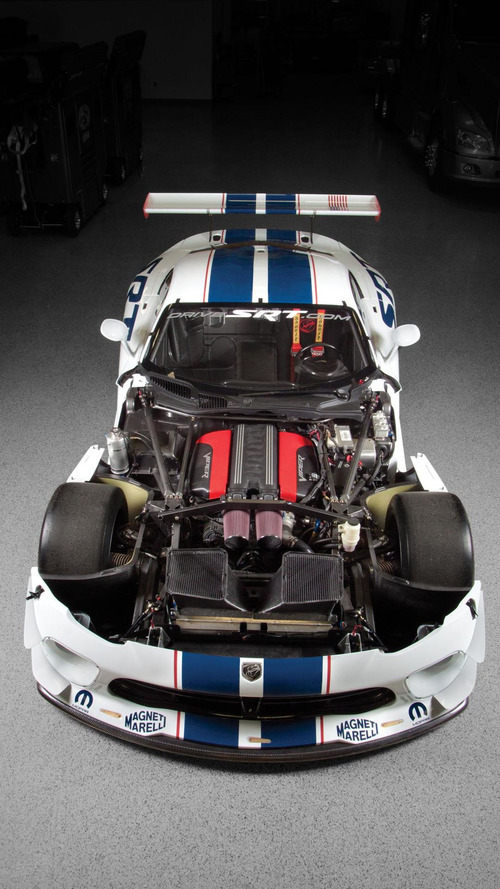 SRT has taken the wraps off their new Viper GT3-R. It will be eligible to compete in a variety of series including FIA GT3, United SportsCar Racing GT Daytona and the Pirelli World Challenge GT.

SRT has taken the wraps off their new Viper GT3-R.

Jointly developed with Riley Technologies, the GT3-R is described as the "direct descendent of the high performance GTS-R campaigned by SRT Motorsports in the LM GTE Pro Class at the 24 Hours of Le Mans and the American Le Mans Series (ALMS)."

As a result, the model has a carbon fiber/ Kevlar/ fiberglass body and an aerodynamic body kit with front dive planes, a front splitter, fender louvers, a rear diffuser and an adjustable rear wing. There's also a race-spec suspension with conventionally-mounted coil-over springs, four-way adjustable dampers and crew-adjustable anti-roll bars.

Interior pictures were not released but SRT says the model has an FIA-spec roll cage, an on-board fire suppression system and a racing seat with a six-point harness.

The Viper GT3-R is currently available for order and pricing is expected to start at roughly $459,000 (€347,750 / £297,050). Deliveries are scheduled for later this year and the model will be eligible to compete in a variety of series including FIA GT3, United SportsCar Racing GT Daytona, Pirelli World Challenge GT, NARRA, and SCCA/NASA.