Listen To The Sound Of Maserati’s First Electric Motor

The automaker says its electric powertrain will have a distinctive sound.

Sound is a bit part of the motoring experience for car enthusiasts. It runs so deep that the growl of an internal combustion engine is considered by many to be the soul of the vehicle. An electric vehicle is virtually silent, which is great for the masses who seek a comfortable, quiet commute to and from work on a daily basis. For a company like Maserati, however, going electric means eliminating the sound which so many people love. 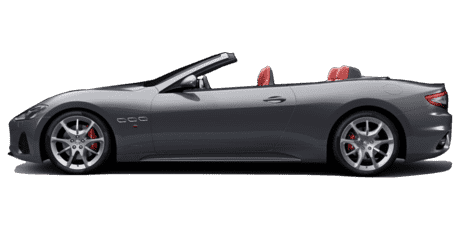 save over $3,400 on average off MSRP* on a new Maserati GranTurismo Convertible

That’s a risky proposition when you’re an Italian automaker in the business of building cars that excite the soul, but Maserati is addressing the issue of EV sound by specifically developing a distinctive noise for its future electric offerings. We already know the GranTurismo and GranCabrio will be fully electrified starting in 2021, and special attention is being given to the “music” these electric Maserati powertrains will make. After all, EVs are virtually silent – not completely silent.

See Where Modena's Maseratis Are Born, And Their Electric Future

We suspect more than a few of you are rolling your eyes at this right now, but Maserati offers the video at the top of this article to give us a taste of what this new music is like. All electric motors emit a whine and whistle, but whereas most automakers deemphasize what little noise there is, it seems Maserati is working to amplify it. Honestly, this clip has something of a jet fighter feel to it, and while it’s very different compared to a high-revving V8, it’s definitely an interesting soundtrack. One thing is certain – it’s not silent.

Maserati’s electric transformation is taking place entirely in-house, with the automaker handling all aspect of research and development. In a press release (available below), Maserati says some prototypes are already equipped with its new electric powertrain and testing is well underway. The next GranTurismo will be the first EV to arrive in 2021, but if you’re not interested in a car that sounds like an F-35 spooling up, Maserati has pledged to never go fully electric with its lineup.

Modena, 23 January 2020 – Implementing its plans for the electrification of its range, as previously announced, Maserati has started the testing phase of its new full electric propulsion systems that will equip the future models of the Brand.

Some experimental vehicles have now been built equipped with the new innovative powertrain, 100% electric with 100% Maserati technology, developed at the new Innovation Lab in Modena.

During this experimental phase, the sound that will characterise the electric engine will also be developed.
The next full electric models will have a distinctive signature sound, already a unique attribute of all Maserati cars equipped with traditional combustion engines. Customers will therefore benefit from 100% electric propulsion vehicles that will combine driving pleasure, comfort and performance with a unique and unmistakable sound.

Thanks to the tests conducted in various conditions of use on both road and track, important data will be acquired for the development and definition of the new electric powertrains, which will be used for future models in the Maserati range.

The new Maserati GranTurismo and GranCabrio will be the Brand's first cars to adopt 100% electric solutions and will be built at the Turin production hub.