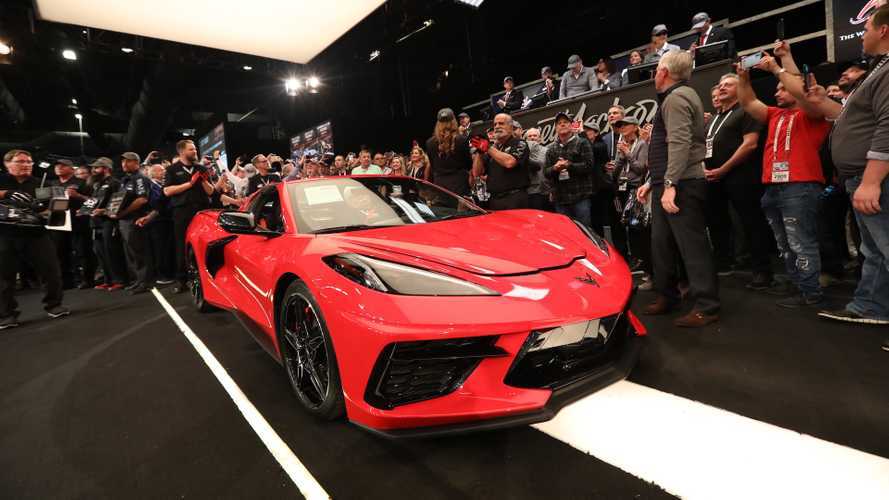 This is a special Corvette.

While last year’s UAW strike against GM delayed 2020 Chevy Corvette production, it did not delay auctioning off the first mid-engine 2020 Corvette Stingray. Rick Hendrick, CEO of Hendrick Automotive Group and Chairman of Hendrick Motor Sports, bought the car last week during the Barrett-Jackson auction in Scottsdale, Arizona, for $3 million. During a recent interview with the Detroit Free Press, he told the publication he would never drive it either.

The Mid-Engine Corvette Has Arrived:

Chevy Dealers Getting Nearly 20 Percent Fewer Corvette C8s For 2020MY?
⠀

These Are The 2020 Chevy Corvette's Most Popular Options So Far

Instead, the first 2020 Corvette will reside in Hendrick’s Heritage Center at his company headquarters in Charlotte, North Carolina. It’s a 58,000-square-foot building housing 120 other Corvettes, including several other first-built Corvettes. He also owns Corvettes that once belonged to King Leopold III of Belgium, Roy Orbison, and former Mexican President Gustavo Díaz Ordaz.

The car that rolled across the auction block wasn’t the car Hendrick will receive. It was a pre-production stand-in with the 3LT trim and Z51 performance package. Corvette production doesn’t begin until next month, which means Hendrick can fly to Bowling Green, Kentucky, to watch his car roll off the assembly line. He’ll let it sit for a few days at the National Corvette Museum near the factory before taking it home. The car also comes with a letter of authenticity and a unique piece of artwork.

Once production begins next month, customer deliveries should start before March. The order books for the 2020 Corvette convertible opened last week, though those looking for the coupe may have to wait a while as all allocations for 2020 are sold. Hendrick said in the interview that his Chevrolet dealerships have about 1,000 pre-orders, adding that they had to stop taking any more.

The $3-million price tag for the 2020 Corvette is far above the car’s MSRP of $59,995, destination included. But this is a special Corvette. The idea of a mid-engine Corvette date back to Zora Arkus-Duntov and the 1959 CERV I – an open-wheel mid-engine race car. There’d be other CERVs, and the rumor would never really die. Now, in 2020, we have the first-ever mid-engine Corvette for sale, and VIN 001 has a new home.