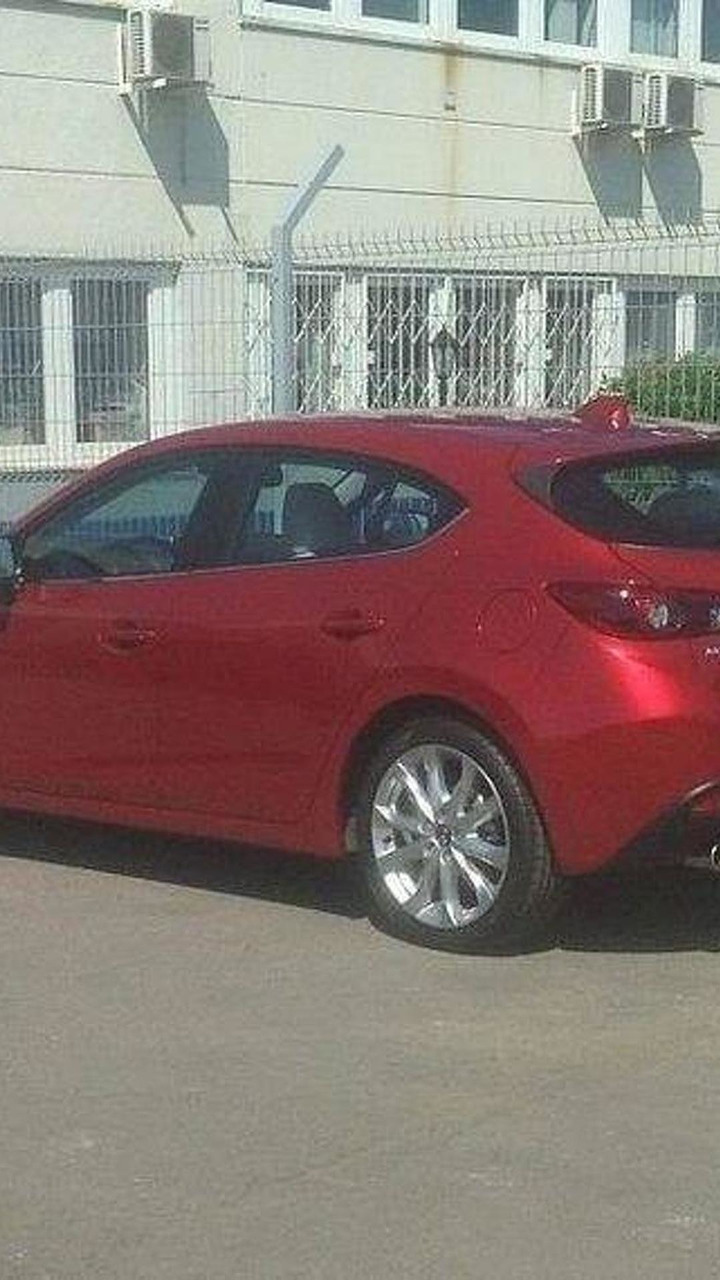 A live photo allegedly depicting the 2014 Mazda3 has surfaced the Internet. Could be revealed next week.

A live photo allegedly depicting the 2014 Mazda3 has surfaced the Internet.

At the beginning of the month we showed a photo taken from a Japanese brochure which was believed to represent the next-gen Mazda3. This latest live photo matches the design of the car seen in the brochure which makes us believe this is the real deal.

Mazda's Kodo design language remains just as attractive as seen on the larger Mazda6. From this latest pic we get to see a tailgate-mounted spoiler, wraparound taillights and a dual exhaust setup. Overall, the next-gen Mazda3 looks significantly more refined than the outgoing model.

The good news is we won't have to wait much longer for an official launch as Mazda has announced to reveal an all-new model on June 26th in New York. The event will be streamed through Xbox Live for those who own the Xbox 360 console. Most likely this all-new model will be the Mazda3.