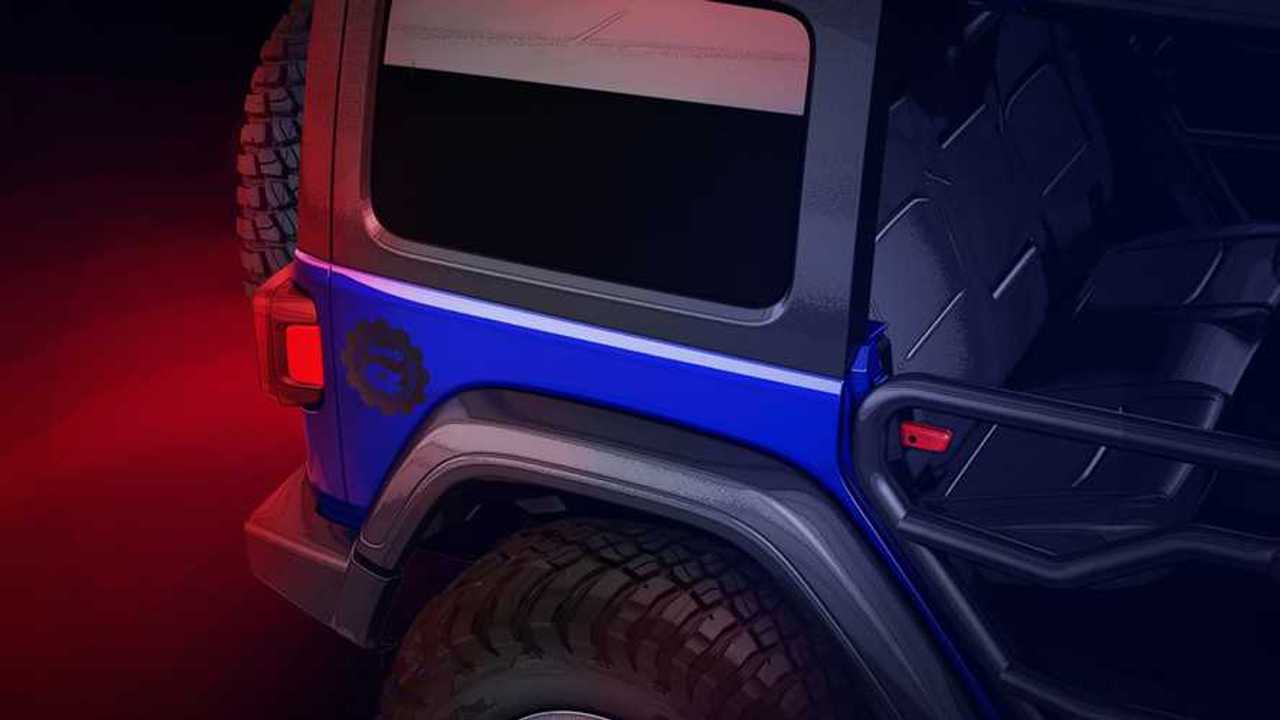 It debuts at the Chicago Auto Show.

The Jeep Performance Parts division will unveil a special edition of the Wrangler at the Chicago Auto Show in February. The business isn't offering many details about the vehicle beyond showing off a teaser image (above).

The rendering hints at the variety of components the special model would have. The most noticeable tweaks are knobby tires and tubular door bars.

The company's teaser touts: "Mopar offers more than 200 Jeep Performance Parts; quality-tested parts and accessories specifically designed and engineered for off-road performance enthusiasts." This indicates that there's a lot of customization that the division could do to make this Wrangler something special.

Special editions are nothing new for the Wrangler. In just the past few weeks, Jeep has introduced the rugged Rubicon Recon and North Edition with lots of heated amenities. Judging by the teaser and image of the new model, it appears to lean in the direction of being off-road-oriented.

A Whole Lot Of Wrangler News:

The Wrangler has a big update coming in the near future with the introduction of a plug-in hybrid model. Jeep isn't providing powertrain details about the model yet, but a display at this year's Consumer Electronics Show indicates the charging port is at the base of the A-pillar.

The major recent upgrade for the Wrangler is the availability of the 3.0-liter V6 turbodiesel engine. It produces 260 horsepower (194 kilowatts) and 442 pound-feet (600 Newton-meters) of torque, and the powerplant hooks up to an eight-speed automatic. Jeep outfits all trims of the diesel model with Dana 44 heavy-duty axles.