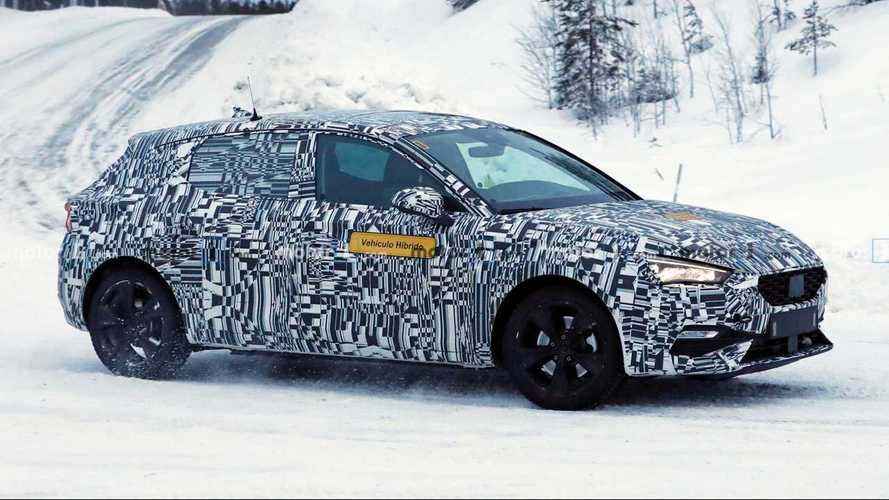 The official debut will take place on January 28.

After the Volkswagen Golf GTE and Skoda Octavia iV, it’s now the SEAT Leon’s turn to get a plug-in hybrid powertrain. The fourth generation of Martorell’s compact hatchback will debut next Wednesday, so this is probably the last time you’re going to see the new Leon still hiding underneath camouflage. Even though we don’t get to check out the driver’s side front fender where the charging port is located, we know it’s there by looking at previous spy shots of the electrified Leon.

The yellow stickers on the door and hood saying “hybrid vehicle” denote the prototype had an electric motor combined with a combustion engine. Chances are the PHEV system will be similar to the one installed in the Golf and Octavia PHEVs, so look for a turbocharged 1.4-liter gasoline engine to work with an electric motor, a six-speed DSG and a 13-kWh battery. There are two configurations of this setup available in its sister models, with either 201 horsepower (150 kilowatts) or 241 hp (180 kW). Look for similar – if not identical – numbers from the Leon PHEV.

SEAT has already released quite a few teasers in the build up to the world premiere set for next week, and the latest episode of the teaser campaign was posted on Twitter yesterday to reveal the familiar side profile. Our newest batch of spy shots reconfirm the revamped Leon will get a wide LED strip for the taillights to mimic the setup of the Tarraco midsize SUV.

Other known facts about the next-gen Leon is an increase in size as Leon has said both the five-door hatchback and the wagon will be bigger. There won’t be a three-door version this time around, while the Leon Cupra should follow shortly with a PHEV setup as well. Fingers crossed there will be another Cupra R variant with about 300 hp and AWD to offer an alternative to the Golf R while staying in the VW Group.

Following the Leon’s reveal next week, the next MQB-based compact car to get its official outing will be the 2020 Audi A3 Sportback. It’s expected to show up in Geneva at the beginning of March and boast a similar plug-in hybrid system.