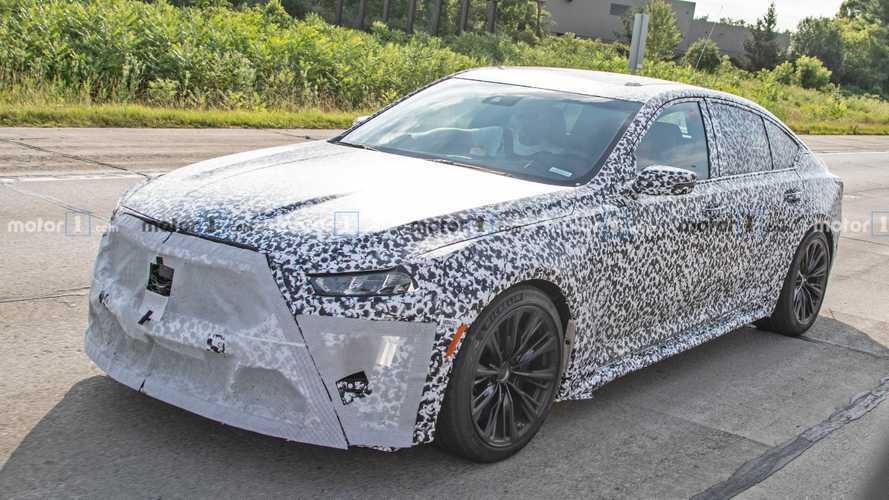 The twin-turbo 4.2-liter Blackwing V8 is allegedly too big to fit in the engine bay.

It was a bittersweet moment when Cadillac introduced the CT5-V at the end of May last year. Bitter because its twin-turbo 3.0-liter V6 only made an estimated 355 horsepower and 400 pound-feet (542 Newton-meters) of torque – a far cry from the 6.2-liter V8 of the old CTS-V with its mighty 640 hp and 630 lb-ft (854 Nm). Sweet because at least enthusiasts were given the opportunity to buy another sports sedan carrying the Cadillac crest.

Only a couple of days after the CT5-V was unveiled, Cadillac made a rather surprising announcement about plans for a hotter version. Originally believed to use a twin-turbo 4.2-liter V8 Blackwing engine from the defunct CT6-V, the flagship version of the CT5 will allegedly rely on a supercharged 6.2-liter V8 in the same vein as the old CTS-V. Car and Driver reports the Blackwing doesn’t fit inside the performance sedan’s engine bay due to its double-overhead-cam design making it wider and taller than the pushrod 6.2-liter unit.

It should be mentioned it’s not the first time we’re hearing the CTS-V’s engine will power the meaner CT5-V as Jonny Lieberman of Motor Trend fame said pretty much the same thing back in July 2019. It’s unclear at this point how much power the supercharged mill will deliver in the new application, but we’re likely looking at well over 600 hp seeing as how the engine was good for 640 hp in the CTS-V.

Another piece of the puzzle that’s missing is the car’s name, which we’re hoping is something appealing now that Cadillac has decided to use the “V” moniker for what is essentially a warm version of the CT5. An official reveal is slated to take place later this year when we’ll also get to see the hotter version of the CT4-V, presumably with a twin-turbo V6 3.6-liter borrowed from the ATS-V where it produces 464 hp and 445 lb-ft (603 Nm).

Get Up To Speed With The Regular CT5-V: