It's a sight to behold.

Better late than never, Subaru has realized EVs are the future and there’s no way going back. In an attempt to catch up with rival brands, the company has teamed up with Toyota to jointly develop a new platform dedicated to battery electric vehicles for midsize and large cars. In addition, the two brands are working together on a compact crossover that will be sold under each company’s own brand. Seen in this video posted by LOVECARS!TV! on YouTube is Subaru’s version, albeit in an early conceptual form.

In fact, it’s more along the lines of a mock-up since it seemed to be lacking a lot of the bits and pieces, including the brakes. All the glass is blacked out, meaning the zero-emissions crossover didn’t have a finished cabin or Subaru simply didn’t want people to take a peek inside. The absence of conventional door handles is also a sign the concept is far from being ready to hit the assembly line.

The Two Companies Are Also Collaborating On Sports Cars: 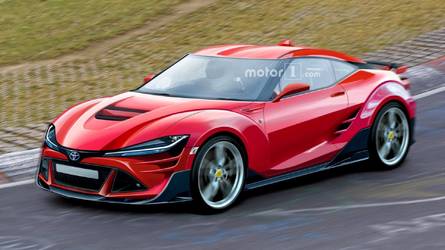 It also had side cameras instead of traditional mirrors, but bear in mind those are now legal in Japan where the Lexus ES is the first production car to get rid of the chunky glass and replace it with cameras mounted on tiny pillars.

The yet-to-be-named concept was displayed by Subaru at home in the Land of the Rising Sun during a technology briefing where several of the company’s eco goals were outlined. For example, it wants EVs and hybrids to account for at least 40 percent of sales by 2030 and sell only electrified vehicles by the middle of that decade.

By 2025, Subaru wants to cut the average well-to-wheel CO2 emissions by 90 percent compared to 2010 levels. In case you’re not familiar with the term well-to-wheel, it refers to all of the emissions generated from energy production through vehicle operation.

Ultimately, Subaru wants to contribute to the creation of a “carbon-free society,” and this boldly styled crossover will get the ball rolling. Now that the company has inked a deal with Toyota, all of Subaru’s resources previously allocated to the development of EVs have been redirected to the new joint project to speed up the process.