It could be revealed before the end of the year.

2013. That was the year Nissan unveiled the current-generation Pathfinder. It’s not the oldest vehicle in Nissan’s lineup – we’re looking at you, Frontier – but in the fast-paced SUV world the Pathfinder is certainly very long in the tooth. Now, we have our first look at the new Pathfinder, which is expected to arrive for the 2021 model year.

This test vehicle caught today by spy photographers is well concealed by a heavy body wrap, further obscured with false panels strategically placed underneath to hide body lines. Still, we get the impression that the next-generation Pathfinder will take a smaller evolutionary step as opposed to a giant revolutionary leap. Proportions appear similar to the current model, and the clinging wrap near grille area tells us it should wear a face that’s also similar. A close eye tells us that grille might be bigger, but that’s hardly a surprise considering current trends.

Our sources tell us this is indeed a new-generation Pathfinder, but we’re also told the SUV will likely stick with its current D platform. That's the sam front-wheel-drive-based architecture used on several Nissan models including the Murano, Altima, and Maxima. The Pathfinder will of course turn all four wheels, and it’s believed the CVT will continue to dole out power. Beyond that, Nissan is keeping things tightly under wraps for the new model, with nary a rumor regarding engines, interiors, or fresh technology.

Ready For The Next Generation:

Nissan is actually quite good at keeping its forthcoming models a secret. Ordinarily, when we spot a prototype for the first time, there’s usually a year or more to go before a reveal. That timeframe is typically a few months with Nissan, so we expect to see the next-gen Pathfinder revealed later this year – possibly as early as summer – as a 2021 model. 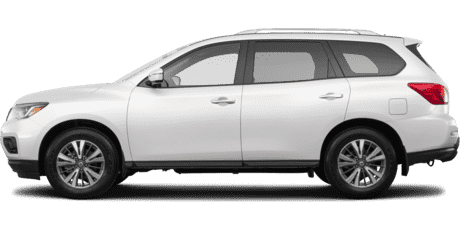