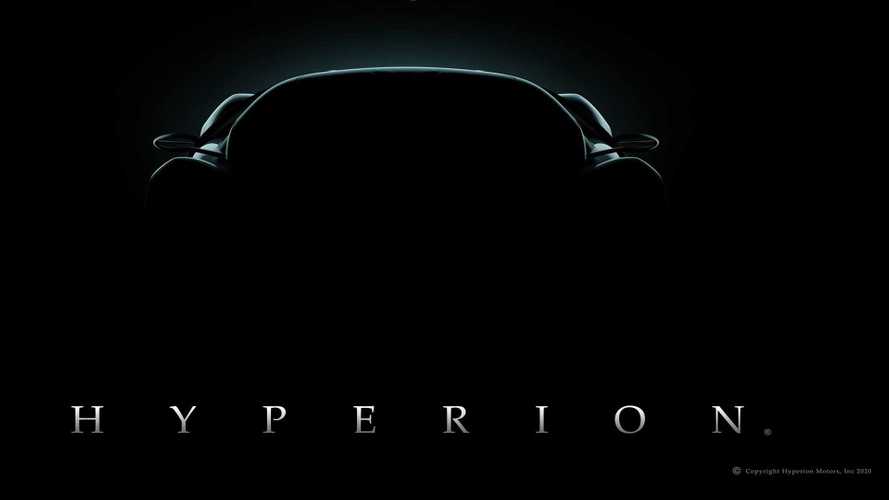 The California-based company opened its doors in 2011.

There’s a new hydrogen-powered car making the internet rounds right now, and it’s called Hyperion. The California-based company recently updated its cover photo on Facebook, which is a rather elaborate way to say a new teaser photo of its forthcoming car is out.

Being a darkened teaser, there isn’t much to see. We’re treated to a head-on shot portraying a low, wide machine with what appears to be a rather sizable wing on the rear. Curiously, a far more revealing photo was uploaded to Facebook in 2015 and doesn’t appear to have the aforementioned wing. It’s also safe to assume that some things have changed in the nearly five years since that photo emerged.

We wouldn’t blame you if you’re a bit confused right now. According to Hyperion’s website, the company was founded in 2011 and it's listed on Facebook as being an energy company. The bulk of Hyperion’s public activity occurred last year on social media – right around the same timeframe as we’re seeing now, actually. The main difference here is that we have a teaser shot of an actual car, or at least, the outline of something car-shaped.

Whether it comes to fruition is anyone’s guess. Autoblog reports the car will debut at this year's New York Auto show but Hyperion’s social media activity makes no mention of a reveal, and the company's website simply says a worldwide launch event is "coming soon." We have a message into Hyperion seeking more information, and we'll update this article if we hear something back.

Perhaps a bigger question is whether time has already closed the door on hydrogen as a fuel source for electric vehicles. 10 years ago it could’ve been a thing – battery technology and recharge times were quite dismal and a charging infrastructure was non-existent. Hydrogen fuel-cell vehicles, meanwhile, could have fit rather nicely into a fossil-fuel driving lifestyle with similar range and refuel times, but the tech never really took off. Battery electric vehicles still aren’t comparable with internal-combustion competition in terms of range and recharging, but they are pretty darned close and there’s no reason to believe it won’t equal out within the next 10 years.

As such, will we ever see a hydrogen-powered Hyperion on the street or is this just vaporware? Only time will tell.