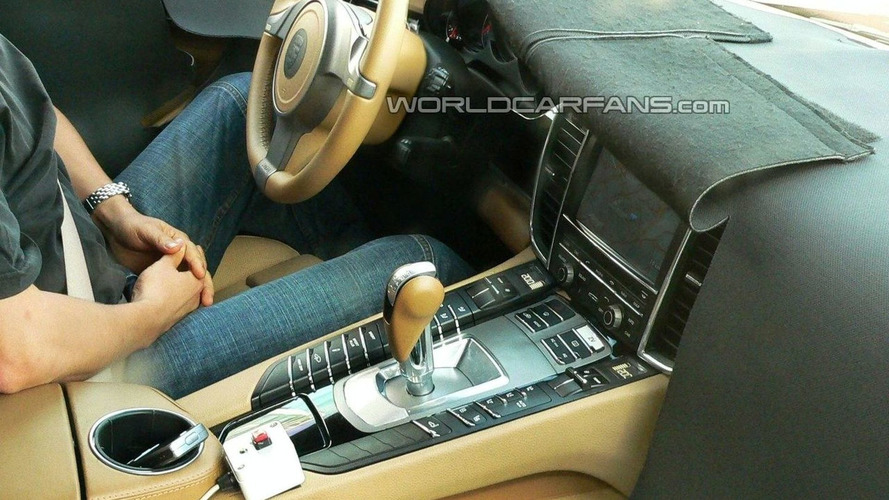 Now we can bring you a brand new photo taken by our intuitive spy photographer, which shows what appears to be a production interior cabin.

After numerous spottings of the Porsche Panamera, it has left little to the imagination when it comes to the exterior styling. However when it comes to the interior, it is quite a different story. We caught a glimpse of it back in October last year, but it was well covered and looked far from the standard we expect from the Sportscar manufacturer. But now we can bring you a brand new photo taken by our intuitive spy photographer, which shows what appears to be a production ready center panel.

There are enough buttons scrawled across this panel to keep even the most tech-demanding folks happy, but the low position of the satellite navigation screen is sure to be a pain to read whilst driving. The gear-lever identifies that this particular prototype is equipped with Porsche's new double-clutch PDK gearbox and we can also see the Panamera will receive the same redesigned steering wheel as seen on the recently facelifted 911.

The Porsche Cayenne provides the platform, power will come from two version of the SUV's 4.8-liter V8 engine: naturally aspirated and turbocharged, a V6 engine will also be available. The Panamera will be the first Porsche to incorporate the new electric-gasoline hybrid system and further down the line a V6 diesel engine will be also introduced.

Launch is currently pencilled in for the second half of 2009 following the German automaker's home show in Frankfurt, it will be built at the company's Leipzig plant alongside the Cayenne with around 30,000 units planned annually.