You can make very black paint in your garage.

The BMW X6 Vantablack is the world's darkest vehicle with its ability to absorb 99.96 percent of visible light. The folks at Garage 54 want to know how close you can get to this shadowy finish when painting a car at home. The result is probably the blackest Lada on the planet.

To start, Garage 54 compares store-bought matte black spray paint against a homemade mix of carbon black and basecoat. The stuff that the team creates is much darker, and the next step is painting the whole vehicle with it. 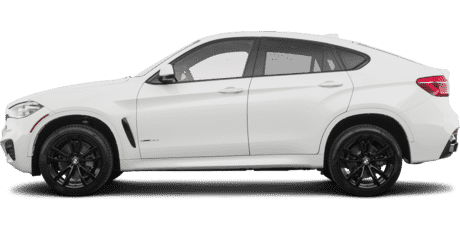 The only problem with using carbon black is that it requires grinding into smaller pieces, practically to dust, because the stuff comes in rather large chunks. Without doing this, the material would clog the paint gun. This is a laborious process by hand, and using something like a coffee grinder would seem like an easier solution for creating so much of the pigment.

Can You See This X6 Or Is It Too Dark?

From watching the video, it's clear that Garage 54's homemade paint isn't nearly as dark as Vantablack, but for something that someone can mix in a garage, the result is impressive. The contrast in comparison to snow is especially striking.

At the end of the clip, the host suggests that the team intends to experiment to see if an even blacker result is possible to mix in the garage. We can't wait to see what they come up with – or not see if the lights go off.