Hennessey Venom F5 Is Slightly Stiffer Than A Bugatti Chiron 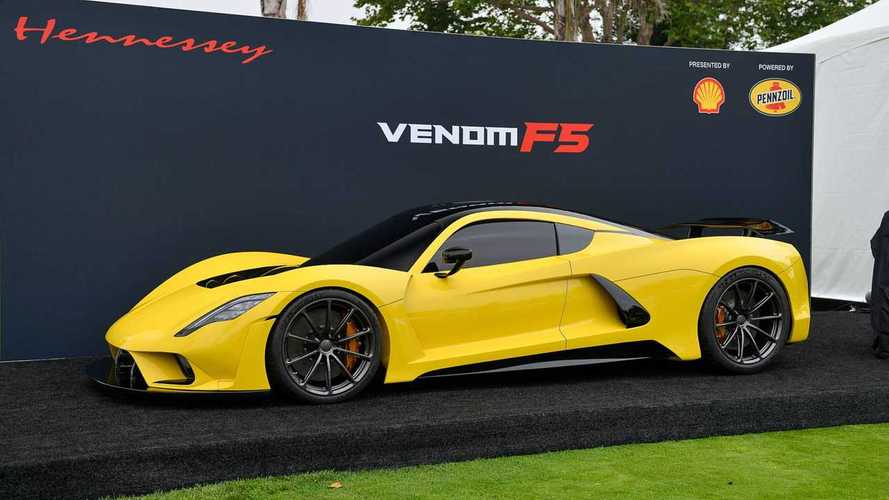 All about the numbers.

Unless you've been living under a rock, chances are you've hear about a special Bugatti Chiron that managed to break the fabled 300 mile per hour barrier in September of last year. Needless to say, it left a lasting impression not just on the competition, but on the French carmaker, too. So much so that the idea of chasing records has ended for Bugatti. There's one manufacturer that has taken notice and has decided to put its head down and do something about that record – Hennessey. Having worked on their own supercars, hypercars, and tuning vehicles from other manufacturers for more performance, they've dropped some sweet details in a short snippet from Top Gear's website about the upcoming Venom F5, the successor the the acclaimed Venom GT.

The Venom F5 is being made to go head on against the Chiron, and has been seemingly engineered to come out on top. Under the skin is a carbon fiber chassis that is stiffer than anything the Chiron has, offering a torsional rigidity of 38,353 pound-feet per degree; 1,475 pound-feet more than the Chiron. Torsional rigidity is basically the amount of minimum force required to start seeing some deformity or bends in an object. In the automotive world, higher torsional rigidity equates to better handling, responsiveness, and allowing the suspension to be more efficient since the chassis is barely moving, if at all. Oh, and the tub where the passenger and driver sits weighs in at just 190 pounds.

The Venom F5 Is Shaping Up To Give Bugatti A Run For Its Money:

To be honest, when you've got at least 1,817 horsepower and 1,193 pound feet of torque coming from a 6.6-liter twin turbo V8, you're gonna need all the torsional rigidity you can get. So, when number crunching, the Venom F5 comes out just a bit on top of the hypercar pissing contest. Only 24 of these hypercars will be built, with half of that allocated for the United States. Apparently, they're selling decently with a cool $1.6-million price tag, with testing to start later on in 2020.