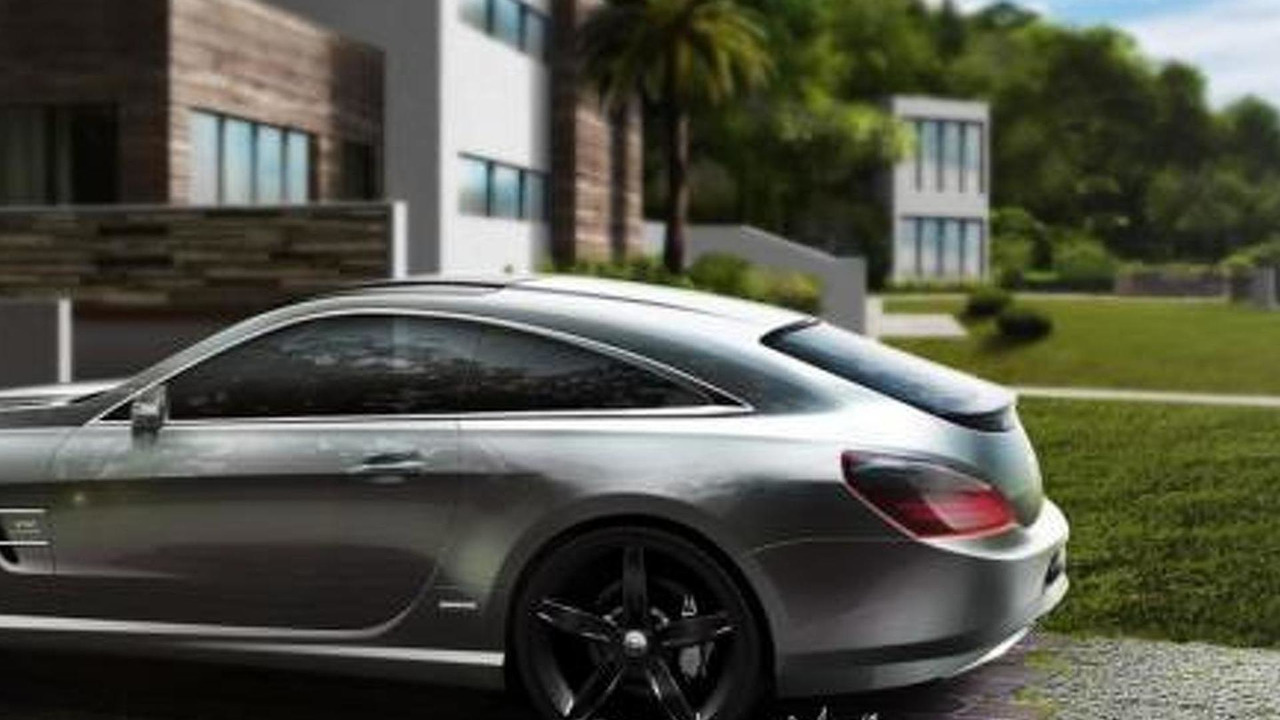 This is more than just a simple design study as the students had to take into account production costs and engineering feasibility during the development of the SL Shooting Brake. They made a 1:4 scale model using the large and monolithic stereolitography technique with an internal surface thickness allowing manual changes.

If the "Coupetorino" name sounds familiar, that's because back in 2008 there was another project based on the SL-Class which entered the World Design Capital competition. That SL was transformed from a convertible into a hardtop with some Italian influences.