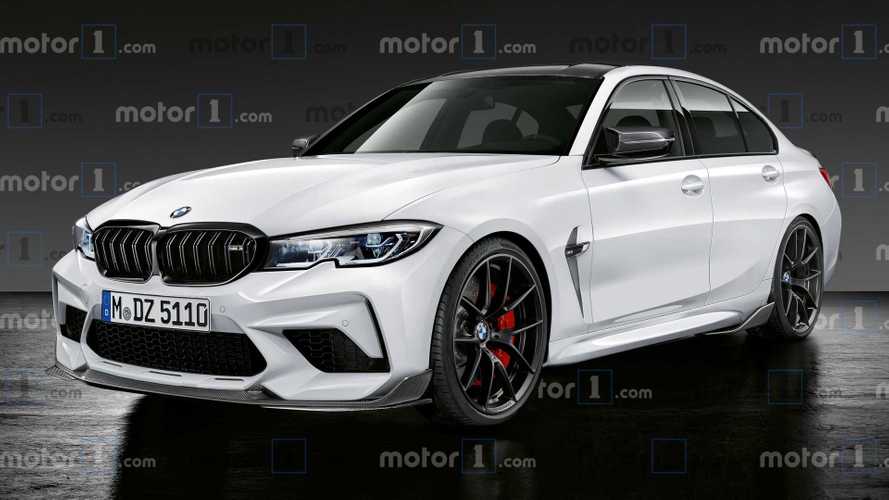 Our exclusive rendering holds out hope for smaller teeth instead of a massive mouth.

A new BMW M3 is coming. Yes, we’ve been waiting quite a while now, and we still have many months – if not another year – until the iconic sports sedan finally returns. When you consider the current 3 Series debuted way back in late 2018, that’s a long time to wait for the new uber sedan. Hopefully, this fresh Motor1.com exclusive rendering helps satiate your M withdrawal for a bit.

First and foremost you’ll notice the grille, or rather, the lack of a massive grille. We know the 4 Series and the M4 will get the highly controversial mega-kidney up front, and while speculation persists that it will also adorn the M3, we hold out hope that BMW will keep its sedan a bit more conventional.

There’s actually some solid evidence to support that theory, not the least of which being the current-generation 3 Series doesn’t wear the same face as its forthcoming two-door counterpart. Furthermore, BMW said each model would have distinctive styling, which hopefully extends to the M3 as well. Lastly, we’ve seen plenty of M3 spy photos, but none have contained smoking-gun proof that a gargantuan grille is behind the camouflage.

2021 BMW M3 Spied Showing Some Grille At The Nürburgring

With that said, we appeal to BMW and Bimmer fans with this rendering, just in case we are wrong on this. The 3 Series double kidney trimmed in black with small changes to headlights and a mildly aggressive fascia is a good look for the super sedan. Our rendering is based on a variety of spy photos we’ve captured over recent months, and while we certainly can’t guarantee the final car will look like this, we’re cautiously optimistic about this being pretty darned close.

Of course, beauty is in the eye of the beholder, and we have heard some positive feedback for BMW’s oversized grille. Share your thoughts on our M3 rendering and whether or not it should share the 4 Series’ fate in the comments. We’re certainly interested in your responses, and who knows? BMW might be reading as well.