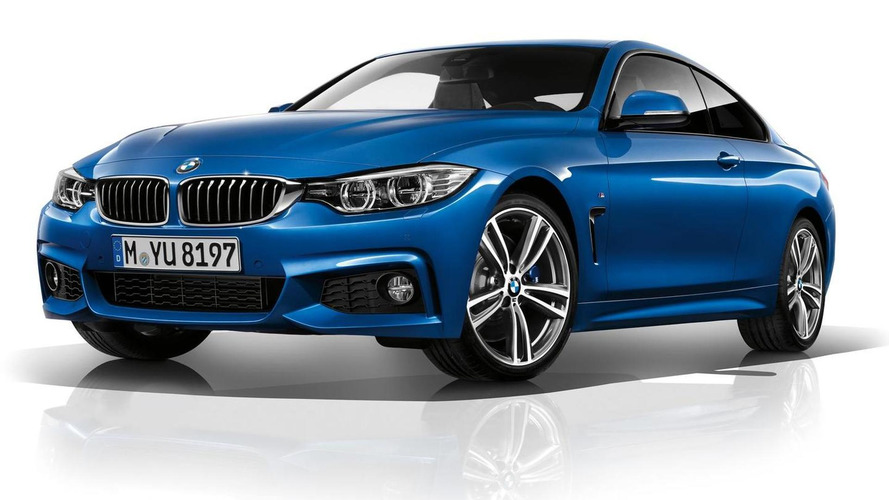 The first pictures of the 2014 BMW 4-Series Coupe have leaked to the web, ahead of an official announcement that will likely occur very shortly.

The first pictures of the 2014 BMW 4-Series Coupe have leaked to the web, ahead of an official announcement that will likely occur very shortly.

Previewed by the 4-Series Coupe concept, the production model eschews the radical styling elements and adopts a design that closely mimics its 3-Series counterparts. Notable styling highlights include a new front bumper, ventilated front fenders and wraparound taillights. A variety of styling packages will be available including an M Sport variant that is distinguished by an aggressive front fascia, revised side skirts, special alloy wheels and bright exhaust finishers.

The interior carries over from the 3-Series with minor modifications including additional metallic trim on the doors. The car can also has premium leather upholstery, luxurious wood trim and a high-tech infotainment system.

Regardless of which engine is selected, it can be connected to a six-speed manual or an eight-speed automatic transmission. Rear-wheel drive will be standard on all models expect the 435d, but all-wheel drive should be optional on 420i and 420d variants.

The BMW 4-Series Coupe will debut at the Frankfurt Motor Show and sales are slated to begin later this year.