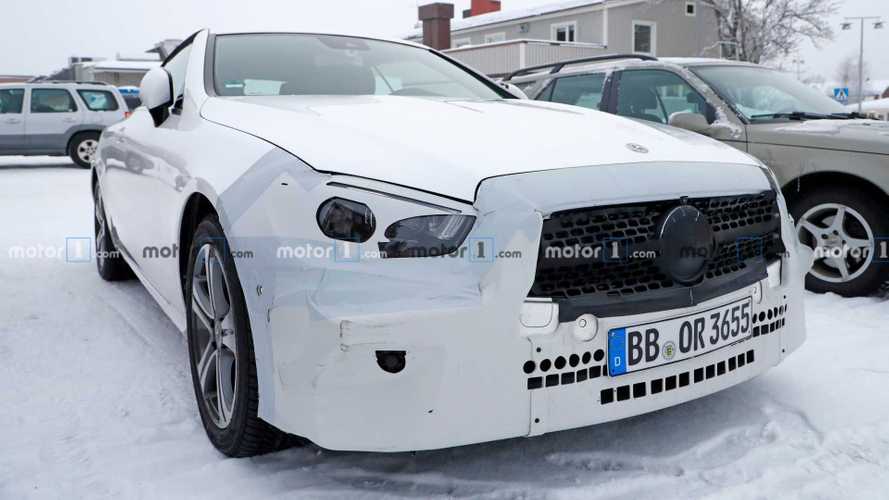 The debut might only be a few months away.

A refresh for the whole Mercedes-Benz E-Class lineup is on the way, and this gallery of spy photos provides a look at the upgrades for the convertible model. The latest info suggests many, if not all, of the updated vehicles could debut in March at the Geneva Motor Show, and this timing would allow sales to begin before the end of the year.

The engineers cover the front and rear of this model with tape and panels at the front and rear to hide the changes. It's clear that the company doesn't want the public to see revised, slimmer headlights and lower fascia. Similarly, there are new taillights at the back.

Save Thousands On A New Mercedes-Benz E-Class

While not visible here, the interior updates reportedly include a revised steering wheel and different touchpad for the infotainment system. There would also be a software update to get the latest version of the MBUX tech. More advanced driver assistance features could be among the improvements, too, because these amenities are increasingly important selling points.

Expect there to be some powertrain changes for the refreshed E-Class family, at least for the top models. Mercedes is developing a hybrid-assisted version of the twin-turbo 4.0-liter V8 that would make around 800 horsepower (597 kilowatts). A teaser indicates the Mercedes-AMG GT four-door would get the powerplant first, but it's hard to imagine the brand not offering this engine in other models.