It could also arrive at dealerships in just a few weeks.

The new 2021 Seltos adds more SUV flavor to Kia’s lineup, and thanks to an anonymous tip from a Motor1.com reader, we have a preview of base price information for its various submodels. When the Seltos debuted back in November, Kia promised the compact SUV would start under $22,000 and if this information is accurate, it barely makes that cut. But only if you don’t include the vehicle’s destination charge. 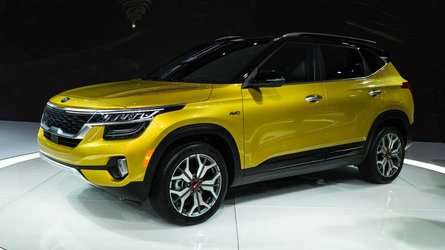 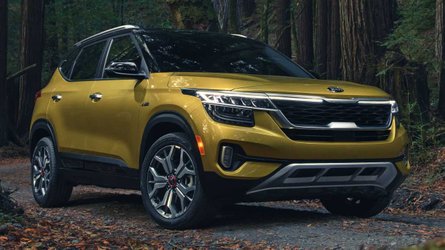 Kia Seltos Will Not Be Sold In Europe

According to the information we have, The Seltos LX starts at $21,990. That's the base model, however, it does have all-wheel drive and a modest list of standard equipment including 17-inch alloy wheels, auto cruise control, Android Auto / Apple CarPlay, and a rear-view camera. That same price also gets you a Seltos S, but only with front-wheel drive. A 2.0-liter four-cylinder with 146 horsepower is the standard engine, connected to Kia’s Intelligent Variable Transmission (IVT).

On the other end of the spectrum is the Kia SX AWD, starting at $27,890. Our information doesn’t reveal standard equipment for the range-topping model, but it does feature the 175-hp, 1.6-liter turbocharged engine under the hood. The Seltos S is also available with the turbocharged mill starting at $25,490. Midway in the Seltos lineup is the EX AWD, wielding the 2.0-liter engine and a starting price of $25,290.

According to our source, none of these prices include a destination charge said to be $1,120. With that factored in, the cheapest Seltos actually starts at $23,110. That’s a healthy price when you consider a majority of the competition checks in below the new Kia, at least in front-wheel-drive format. All-wheel-drive competitors are closer to the Seltos. Here’s a quick look at how things stack up. but note that none of these prices include destination charges, which can vary between automakers. This way, we can get an apples-to-apples comparison.

Our source also tells us the Seltos will hit dealerships in the U.S. starting the first week of February, which is just a couple weeks out as of this posting.

We’ve reached out to Kia for confirmation of all this information, and will update if we receive an official word.