There’s no doubt the Mustang Mach-E is a revolutionary step for Ford. Built on the Global Electrified 1 (GE1) platform, which is actually a heavily modified version of the C2 architecture that underpins the new Euro-spec Focus, it is currently the most technologically advanced Blue Oval car - and with up to 459 horsepower (342 kilowatts), it’s also one of the company’s most powerful offerings.

It's Now On Sale:

Not everything is unique to the Mustang Mach-E, however. It turns out the all-electric crossover shares its battery cells with the upcoming electric Transit van and that saves a lot of money and helps Ford build profitable EVs. According to Ford's head of global powertrain purchasing, Lisa Drake, this move ensures the cell production line is running at maximum capacity - and this means the firm is building the cheapest possible batteries, which is a key factor for a profitable electric vehicle.

"Normally we develop each product program with its own market equation, then we see if we can share components," Drake explained the strategy during the Consumer Electronics Show earlier this month. "But because the battery is the most expensive part of the car, we looked at the battery cells' optimal costs, and look to see where we can share it across other products. It was the opposite way of thinking." 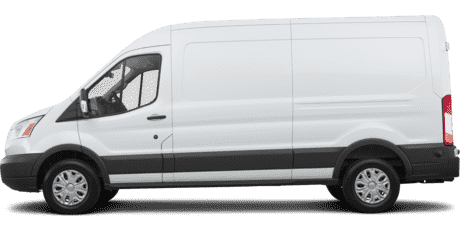 The battery cells shared by the Mustang Mach-E and the upcoming electric Transit are produced by LG at a plant in Poland where there’s a dedicated assembly line for Ford. “You never, ever want it to be idle," Drake said, adding that the line will run 24 hours a day and 7 days a week.

The Mustang Mach-E is already available to order, while the Transit EV will be launched at some point next year.