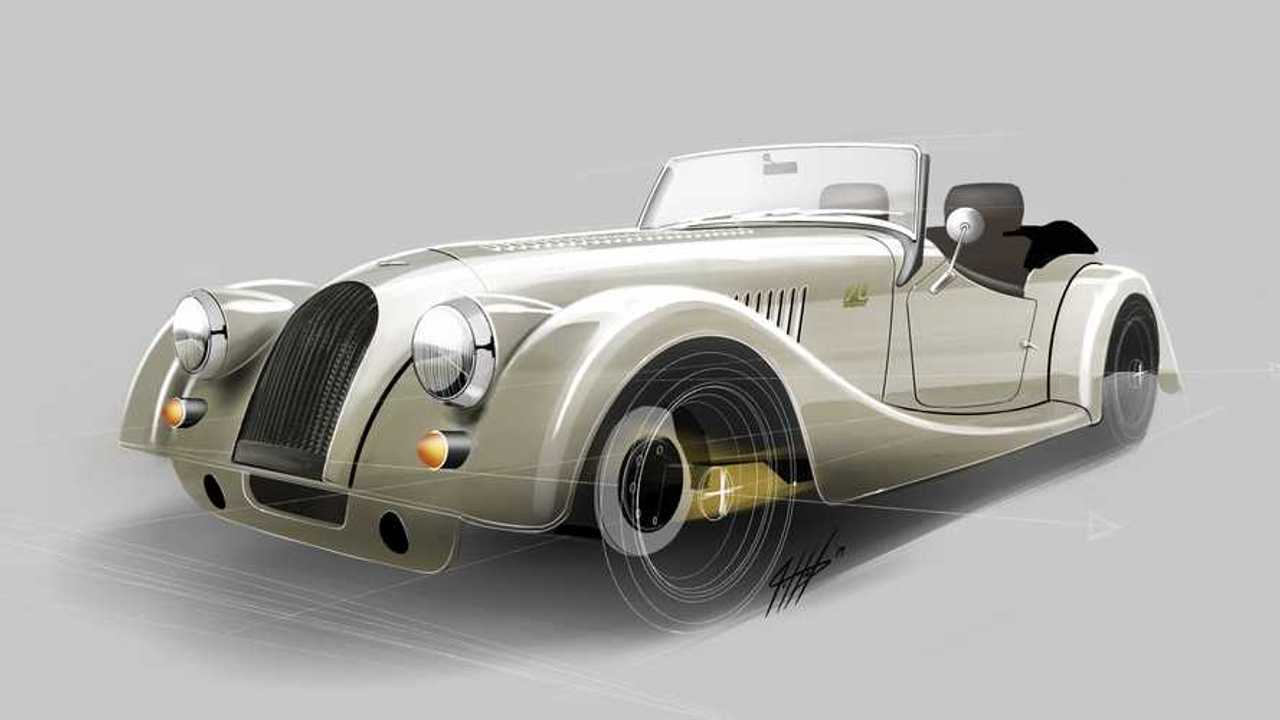 The Platinum body doesn't hurt, either.

Changes are coming for Morgan. As you’ve likely already heard, the company is phasing out its long-running steel chassis, and by that, we do mean long running. The bones actually predate the classic Morgan Plus 4, which celebrates its 70th anniversary this year. To mark both the model’s anniversary and the last hurrah of its steel skeleton, Morgan is offering the Plus 4 70th Anniversary Edition featuring a gold frame with a platinum body.

Of course, we’re talking about paint and not actual precious metals, but it’s still a first in Morgan’s 111-year history. The steel chassis will get an illustrious gold finish from front-to-back, while the body is finished in bright Platinum Metallic – the traditional color for all things celebrating 70 years of existence. The Plus 4 70th Anniversary Edition also gets contrasting black exterior accents, a motorsport-inspired front clip, and a set of dark satin gray wire wheels at all four corners.

Moving inside, the Plus 4 receives specially embroidered headrests in an interior swathed with leather. The Ravenwood dash, special dark gray carpeting, and the steering wheel are hand-picked for the anniversary model. Performance tweaks in the form of a new engine tune and a sports exhaust raise output to 180 brake horsepower (182 horsepower), which should send the special Plus 4 to 60 mph in under seven seconds.

Each car will also wear a numbered plaque identifying it not just as a 70th Anniversary Edition, but as one of the last steel-framed Morgans ever built. The numbers will be very low as well – just 20 are planned for production with prices starting at £60,995. For interested parties in America, that translates to $79,543 but ultimately it doesn’t matter. Morgan says each 70th Anniversary Edition is already spoken for, but there are a few standard Plus 4 and Roadster models left if you want one of the final steel Morgans for your collection.