The Astro was killed in 2005, but it's apparently popular with the current #vanlife crowd.

Do you remember the Chevrolet Astro? We’re betting you do, even if you weren’t around when the not-so-mini minivan debuted in 1985. It endured for 20 years, and along with its GMC Safari twin, over 3 million units ultimately found homes. The front-engine/rear-drive platform never changed, and with available all-wheel-drive, they were pretty useful in low-traction situations. Yes, they had issues and let’s not forget, they endured the height of GM’s monochromatic plastic-for-everything interior design. But the recent #vanlife revolution has brought these spacious, capable machines back into favor with a cult following that yearns for an Astro reboot.

We present bringbacktheastro.com, a website devoted to convincing Chevrolet that a new Astro would be a smart move. Supporting the argument is a passionate “proposition of astronomical proportions” that’s actually a rather moving eulogy to the gone-but-not-forgotten van. More importantly, it highlights the #vanlife movement that is now embracing the Astro as a platform to build custom campers for overland adventures.

The effort certainly appears serious. In addition to the website, a cool retro video (featured at the top of the article) was created to show its capability as a custom camper in the desert. There’s also a Change.org petition that launched two months ago to show GM that thousands upon thousands of buyers are ready to embrace a new Astro. Unfortunately, as of this article posting, just over 200 people have signed on. 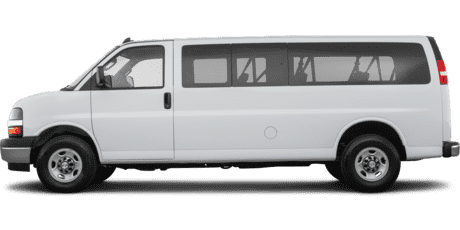 save over $3,400 on average off MSRP* on a new Chevrolet Express Passenger

Over its 20-year lifespan, the Astro was many things and that includes serving families as a conversion van. The recent #vanlife renaissance showcases some of the old Astro’s strengths in that area, though we suspect being able to buy them for pennies on the dollar also makes them an attractive choice for custom camper projects. And with Chevrolet still offering its full-size Express van that people are already converting for camper duty, we’re understandably a bit skeptical about an Astro revolution.

Is that skepticism misplaced? Share your best and worst Astro / Safari stories with us in the comments.