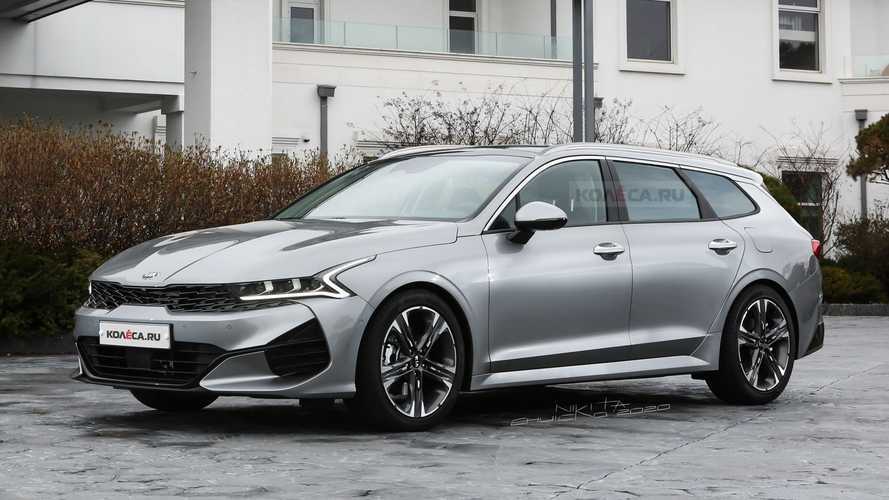 That, most likely, won't happen.

As of the time of this writing, Kia has no plans to launch the new Optima on the European markets. The sedan’s demise from the region is due to the huge popularity of crossovers and SUVs, which annihilate sales from the Old Continent’s D-segment, where the Optima competes against the Volkswagen Passat, Skoda Superb, Ford Mondeo, and the likes. While this decision basically means no Optima wagon is in the cards too, we decided to share an interesting rendering previewing a hypothetical long roof Optima.

Our friends and colleagues from Kolesa.ru propose a very stylish family vehicle that shares design cues with the new Optima, the previous Optima Sportswagon, and the Proceed shooting brake. The latter borrows its athletic rear end to the Optima wagon and provides inspiration for the design of the rear bumper diffuser.

Save Thousands On A New Kia Optima

The situation in Europe’s D-segment is far from being stable at this point. The Volkswagen Passat continues to dominate the charts with more than 90,000 examples delivered through the first nine months of 2019, followed by the Skoda Superb with close to 52,000 sales. However, every single model from the top-four best-sellers is suffering from a major sales decline.

All About The New Optima:

The Optima’s performance in Europe is not great, too. Last year, the company sold approximately 10,000 examples of the model, while deliveries in the United States were nearly ten times higher. Still, chances of seeing a new Optima Sportswagon seem very slim at the moment.

The first generation Optima wagon debuted in 2016 with a huge 19.5-cubic feet (552-liter) boot and a choice of three different engines.