2021 Hyundai Tucson Spied All Covered Up In The Snow 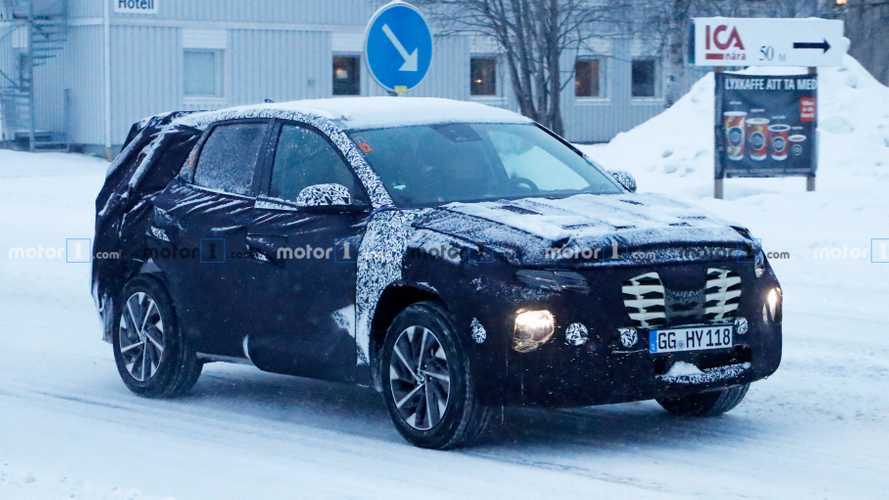 Despite the heavier coverings, we still expect to see it debut later this year.

Ordinarily, the mysterious world of automotive spy photography is one of linear progression. Early prototypes are spotted with heavy camouflage, and over time, those coverings shrink until we’re left with a skin-tight wrap, which then sometimes comes off in sections to reveal portions of the final product. As you can see with this current batch of Hyundai Tucson spy photos, we’re dealing with the early part of the spy-photo progression. Except we’re not. Wait, what?

2021 Hyundai Tucson Spied Trying To Get Away From Video Camera

We’ve seen the next-generation Tucson several times already, with many of those sightings featuring prototypes covered with a thin body wrap overtop some false panels, notably around the front clip. This vehicle caught testing in the snowy north is obviously wearing heavy covers that conceal details we’ve already seen. That is, unless those “details” were part of the false panel facade and this prototype is actually baring all beneath the black covers. But that’s likely not the case. For reasons unknown, this appears to simply be a prototype Tucson still fitted with heavier clothes.

We already know that beneath it all, the new Tucson will have a shape that is “very interesting visually” but exactly what that means is still uncertain. If anything, seeing this prototype with more camo up front suggests the thinly disguised vehicles caught recently might be overexaggerating the SUV’s fresh face.

Styling aside, the Tucson is expected to get Hyundai’s new 2.5-liter Theta3 engine paired with an eight-speed automatic transmission in the U.S. market. It could be available as either a turbocharged or naturally aspirated mill; meanwhile, an updated 1.6-liter engine and possibly a diesel should be available in European and Asian markets. It will turn either the front wheels or all four.

There’s nothing set in stone as far as a reveal date is concerned, but our intelligence says this is a 2021 model which debuts later this year. Most likely, we will see it uncovered sometime in the second half of 2020.