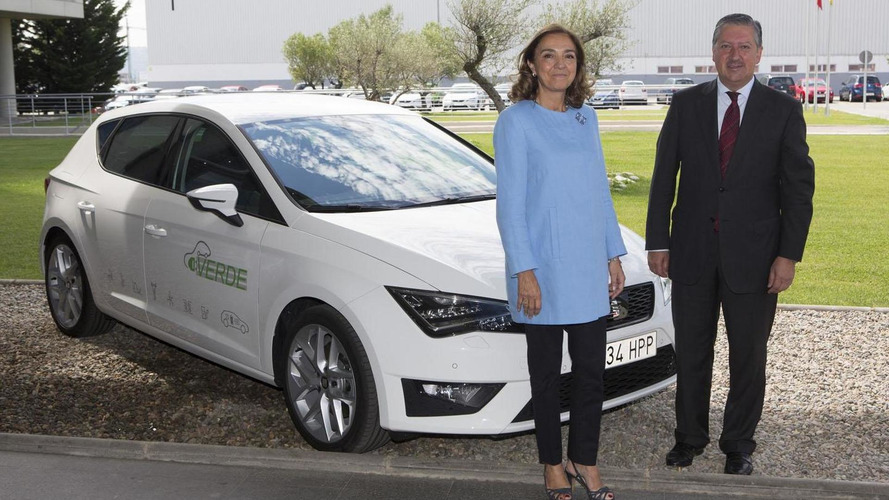 Seat has unveiled the Leon Verde plug-in hybrid prototype at a special event in Spain.

Seat has unveiled the Leon Verde plug-in hybrid prototype at a special event in Spain.

Based on the redesigned Leon, the model is described as the "culmination of a four-year research project" that was designed to facilitate the introduction of an electric vehicle in Spain using public and private funds.

The car also has a smartphone app that enables users to monitor things like energy consumption, battery status, recharging status and estimated CO2 savings in electric mode. There's also an advanced "Driving Cycle Predictor" that analyses and memorizes the routines of the owner and then uses this information to optimize energy consumption and reduce CO2emissions.

Last but not least, Leon Verde is equipped with a smart energy management system that recharges the battery when electric rates are low. If the owner can't wait around for a charge, they can override the system and start recharging the battery immediately.