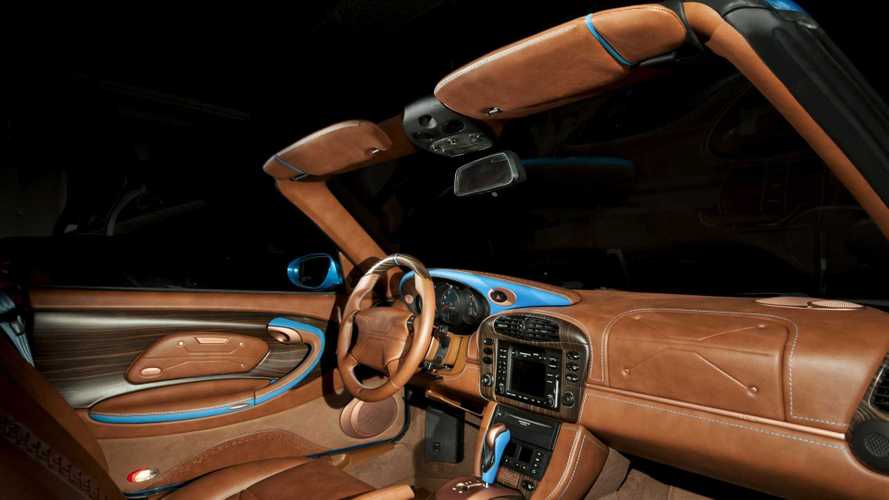 We'd lose the headlights but, otherwise, a very nice project.

Let’s admit it - the 996 generation of the Porsche 911 was a troubled kid. It was highlighted by the company’s decision to switch to a water-cooled engine, which was controversial with Porsche traditionalists. Purists also criticized the styling of the last 911 of the XX century, saying that it’s plain and lacks a relationship to prior 911 models. All this negativism means you can buy a well-maintained 911 (996) for less than $30,000 today. If you really think its design is too simple, here’s an idea of what to fix that.

Vilner, Bulgaria’s largest and world-famous tuning house, has just released photos with its 911 Carrera Cabriolet (996) featuring a complete redesign inside and out. The exterior may not be everyone’s cup of tea - especially with those cheap-looking headlights and the busy body kit, but the cabin is a work of art. There's fine leather literally everywhere - starting from the dashboard and going all the way to the A-pillars, door panels, and sunblinds. The center console is covered with wood trim pieces, while many of the buttons are finished in the Vilner Copper Rose color, developed by the tuners in cooperation with BASF.

“This car is more than 20 years old and that age and the sterile cockpit was screaming ‘I’m so out of date!’. But the problem was not in the shapes – they had the potential to be reimagined by using bold materials, textures and techniques. And that’s exactly what we’ve done,” explains Atanas Vilner, the man behind the Vilner studio.

A few small details put the finishing touches on the cabin, including the metal V badge on the steering wheel, the metal studs over the glove box and the seats, and custom plate with the customer’s name and ‘01/01’ numbering.