Watch Flaming Mini Try To Start The Engine On Its Own

That was one hot feature we didn’t know existed.

Mankind has come a long way since we’ve invented the automobile in the 19th century. From the three-wheeled Benz Patent-Motorwagen to the now-exciting hypercars, we’ve come to an age when mobility isn’t limited to just driving anymore.

Autonomous automobiles, also known as self-driving cars, is the future of the automotive industry. It’s hard to count how many self-driving concept cars we’ve seen in the past decade, including almost robotic ones that have grazed several motor shows around the world.

However, this Mini was probably the hottest one yet. Literally.

Caught in a video uploaded by ViralHog on Youtube, the red Mini Cooper on the gallery of screen captures above was being engulfed in flames in a roadside parking space. It was a weird sight for the video submitter, of course, as it’s not every day that you see a burning car parked at the side of the road, right?

Things were about to get more odd, apparently. As the flames began to escalate, so do the car’s hidden self-driving feature. As seen in the video, the Mini began to move by itself, slowly moving forward as it hit the car unsuspectingly parked in front of it. What’s funny was that the Mini Cooper seemed to be getting out of the parking slot, steering away from the car upfront.

Towards The End Of A Car's Life Cycle: 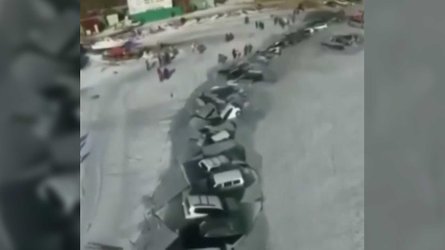 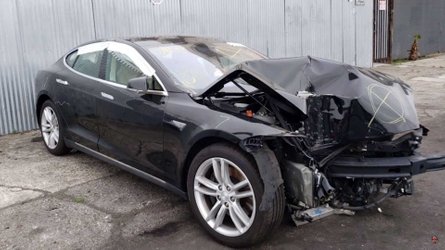 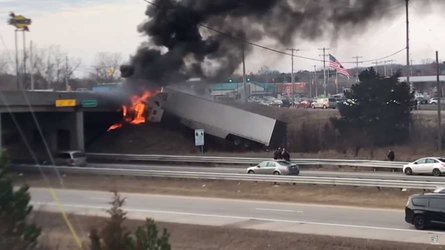 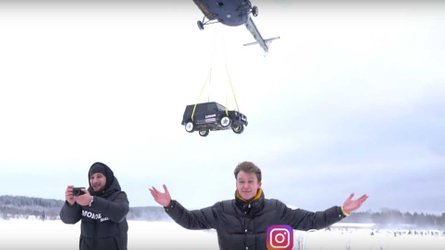 Unfortunately, the innocent car was still hit. Maybe there’s something they need to update with its sensors? Not sure.

One thing’s for sure, though. A burning engine can make a Mini Cooper move by itself, and it’s quite entertaining to watch. Just don’t try doing this at home, okay?