The coupe and convertible should debut over the course of the coming year.

The many spy photos and videos of the new BMW 4 Series indicate that the coupe isn't too far away from a debut. This clip offers another chance to see it on the move around the Nürburgring Nordschleife.

Like previous glimpses of the 4 Series, this one wears camouflage that hides most of the styling details under camouflage. Thankfully, a few earlier shots provide a look underneath the concealment and reveal the model's massive grille. This is likely to be a polarizing element of the new model's appearance.

The production-spec components on this one appear to include the headlights and taillights. The trapezoidal exhaust outlets look like something final vehicle, too.

Inside, other spy shots already provide a mostly unconcealed view of the cabin. There are a digital instrument cluster and a trapezoidal shape for the infotainment screen next to it. Skinny HVAC vents are in the center of the stack, and controls for the system are directly underneath.

There Are Lots Of Looks At The New 4 Series: 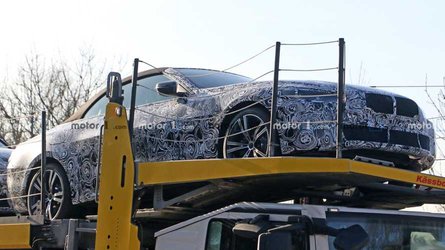 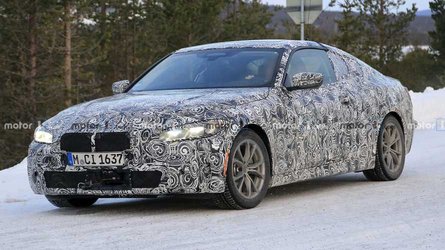 All signs point to the new 4 Series arriving for the 2021 model year, and the unveiling should be in the first half of 2020. BMW already says that the M4 GT3 race car has a debut in the second half of the year, and this suggests the sporty version of the road-going model might arrive around the same time. In addition to the coupe, we know that the 4 Series Convertible is on the way, too, but it's not clear whether the premiere would be at the same time as the hardtop variant.