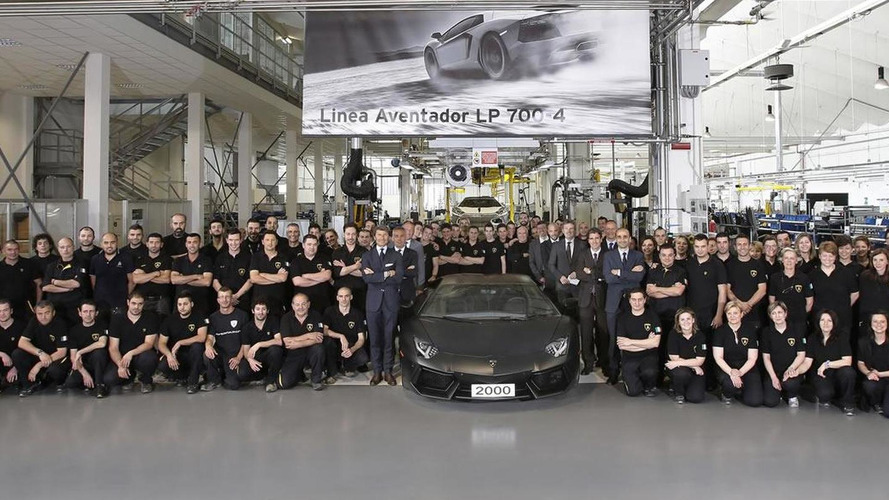 Lamborghini has announced Aventador production has reached the 2,000-unit milestone this week.

Lamborghini has announced Aventador production has reached the 2,000-unit milestone this week.

The car was introduced in March 2011 at the Geneva Motor Show and was joined late last year by the Roadster variant and in April by Anniversario editions of both body styles. With a production rate of five cars per day, the Aventador reached 2,000 units in a little over two years.

The owner of the 2,000th unit is an AT&T executive who also has a Gallardo LP 550-2 Spyder. He decided to acquire an Aventador after a test drive in Palm Beach during a Lamborghini event. The Aventador is proving to be significantly more successful than its predecessor (Murcielago) since the previous flagship model reached a production of 2,000 units in four and a half years.

Lamborghini says they have enough orders for both Aventador and Aventador Roadster to keep them busy for more than one year.