In an interview with the Chicago Tribune, Ford spokesperson Kelli Felker said that the "ramp up" for Explorer production happened much slower than the automaker had hoped. One reason for the production issue stems from the plant's $1 billion retooling that took place before Explorer production began in June of 2019. Felker told the publication the renovations delayed the factory in meeting production and vehicle quality goals. 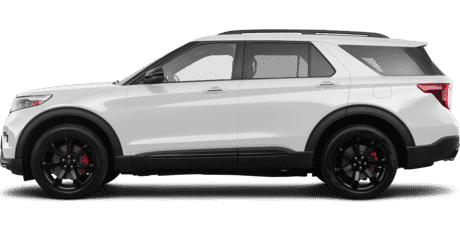 In September, it was discovered that Ford had been shipping 2020 Explorers from the Chicago, Illinois factory to its Flat Rock, Michigan facility to solve production and quality issues with the all-new SUV. At the time, Ford spokesperson Jennifer Flake said it was standard practice for an automaker to make updates to pre-production models of all-new vehicles. In the Chicago Tribune's report, Felker said not every vehicle needed fixes; however, she added that every vehicle needed "to be inspected to determine if it needed fixes.”

And it's not like Ford didn't try to boost sales. Ford introduced the Explorer's first incentive in September, followed by another incentive a few days later. Near the end of November, Ford announced even more incentives for the new SUV, though they lasted just a few weeks. Even though overall sales were down, Ford was able to see a 52 percent jump in sales for the fourth quarter of 2019 over the year's third-quarter numbers.