The four-door TT would allegedly replace the A3 Sportback and A5 Sportback.

Audi's lineup already covers a vast array of segments in the premium market, but new rumors from Germany's Auto Bild suggest the Four Rings could have two new offerings ready by the end of next year.

The long-awaited Q9 allegedly arrives in late 2020. Contrary to the previous speculation, Auto Bild suggests the Q9 would be a large, three-row crossover to challenge the BMW X7 and Mercedes-Benz GLS. It might even get an RS performance version with around 592 horsepower (441 kilowatts).

Rumors about the Q9 date back years, and Audi already has a trademark on the name. However, the earlier speculation suggested the company intended the model to have a coupe-inspired shape (rendered above).

The other rumored model is yet another speculated future for the Audi TT. Auto Bild revives previous stories of the model becoming a four-door (rendered above). This vehicle would allegedly replace the A3 Sportback and A5 Sportback before the end of 2021. This report indicates that the TT sedan's design recalls the original Audi Quattro with design features like boxy fender flares and a flat roof. The powertrain range allegedly includes electrified and full EV options. 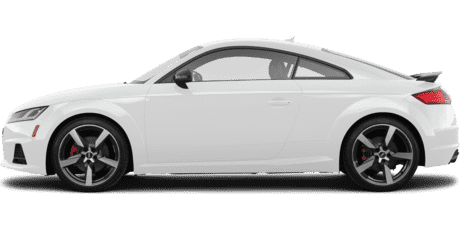 There's not much doubt that the TT would no longer be available as a coupe and roadster after the current generation comes to an end. Speculation is running rampant about what Audi intends to do with the nameplate. A previous rumor even suggests that the Four Rings could use the moniker an electric crossover.

Audi TT To Live On As eTTron Electric SUV?
Audi Says It Has “So Many Ideas” For Q9

A vehicle akin to the current TT would remain in the lineup, too. Bram Schot, Audi's chairman of the board of management, confirmed in 2019 that an electric model was coming to fill the same niche in the lineup.