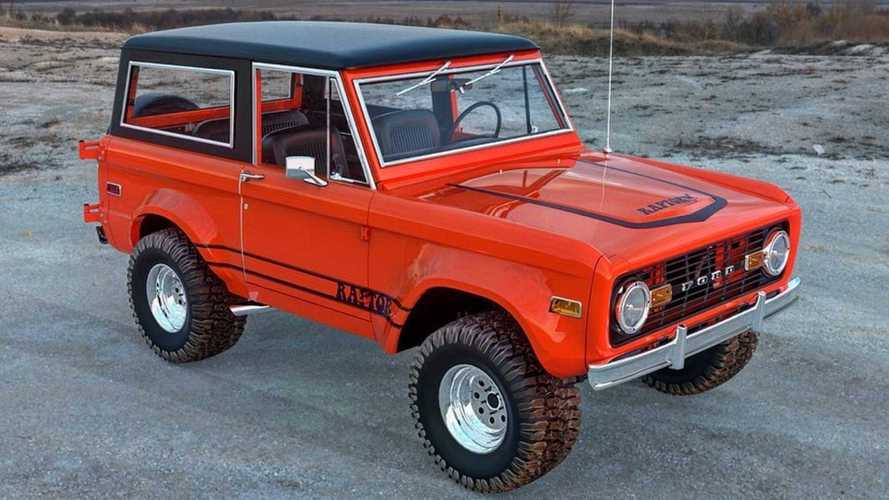 And has a matching Mustang-sourced V8.

The original Ford Bronco first appeared in 1966 to become an instant hit for the Blue Oval selling almost 100,000 examples during the first five years of production. With a new Bronco coming later this year in an effort to capitalize on the continuing SUV boom, Ambielec Design decided to kick off 2020 with another “what-if” concept, as he calls them, and it takes us back to 1970, when “gas was going up but people were still buying big muscle cars and the Bronco was a total hit.”

This time around, the rendering imagines a Raptor variant of the 1970 Bronco with wider fenders, taller ride-height, bigger tires, more flashy colors, and black stickers. The designer says that these stickers are designed “to fit the era, and bring some character with a little Velociraptor mascot.”

The first-gen Bronco had a 302-cubic-inch engine as its range-topping offering but Ambielec Design envisions this “what-if” Bronco Raptor with a larger 390-cubic-inch motor. Shared with the Mustang of that era, it has a displacement of 6.4 liters when measured by modern standards and a peak power output of up to 340 horsepower (250 kilowatts) and 430 pound-feet (580 Newton-meters).

What If The Mercedes E-Class Were To Bring Back Quad Headlights?

While the Raptor moniker was introduced decades after the original Bronco went on sale, Ford has plans to give the new off-roader a performance-oriented version with the same name, if we are to believe a report from June 2019. Whether it will use a 2.7-liter EcoBoost V6 with 325 hp (242 kW) and 400 lb-ft (542 Nm) or a bigger engine, only time will tell.