Hot Hyundai i20 N Comes To Life In Virtual Rendering

The performance supermini we never knew we needed.

Here in the States, we have the Hyundai Veloster N, a hot hatchback with up to 275 horsepower (205 kilowatts). In Europe and other markets outside of the U.S., Hyundai has an equivalent i30 N with up to 270 hp (201 kW). But in neither market does the company offer a hot hatchback option below that, a la Ford Fiesta ST, Volkswagen Polo GTI, Toyota Yaris GRMN, etc. But that's about to change. 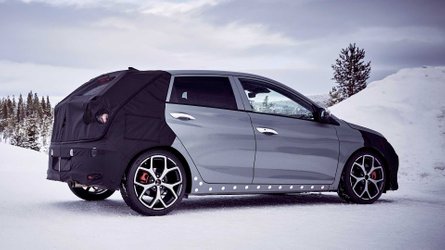 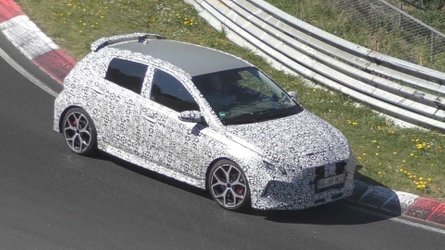 With a new Hyundai i20 on the way for Europe, a hot N model (in line with the larger i30 and Veloster) isn't far behind. We've already seen photos of the i20 N prototype testing on the Nurburgring. But our rendering artists gave life to the upcoming hot supermini by way of Photoshop, and it looks pretty darn mean.

The i20 N concept shares a lot in common with the i30 N and Veloster N with which it draws its inspiration. The carbon fiber splitter treatment, red accents, and 10-spoke wheels wrapped in performance rubber are synonymous with Hyundai's N line. Here though, the i20 also gets a larger grille, a tiny rear spoiler, and more noticeable vent openings.

What we know thus far mechanically about the upcoming i20 N is that it will probably use a version of the company's turbocharged 1.6-liter engine. In the Tucson crossover, that same engine produces up to 176 hp (131 kW) – but when looking at the competitive set, we expect final output in the i20 N to be closer to 200 hp (149 kW).

We'll know more closer to the Hyundai i20's official release date. We expect the supermini to show up sometime early this year. But the hot N model might take a little longer to debut.