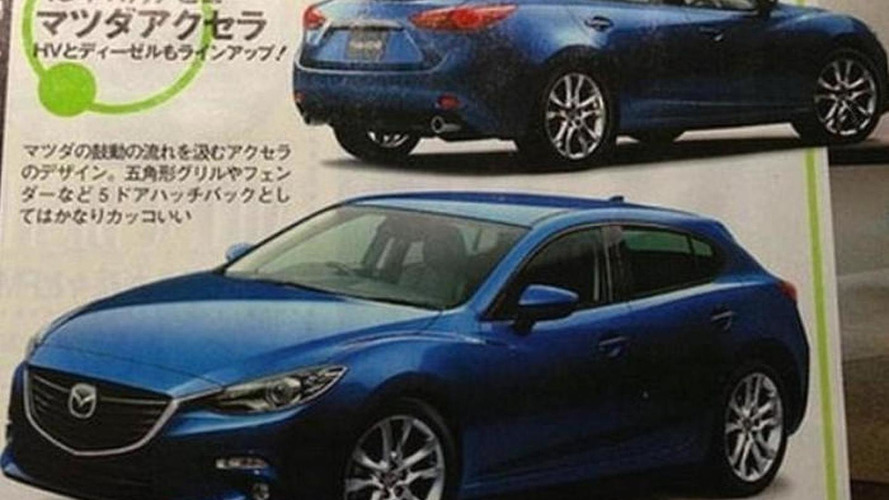 Several purported pictures of the 2014 Mazda3 have surfaced online.

Several purported pictures of the 2014 Mazda3 have surfaced online.

Apparently taken from a Japanese magazine, the images reveal a sporty looking hatchback with a Kodo design that echoes the Mazda6. Notable styling highlights include a prominent grille, sweptback headlights and muscular front fenders. The rear end is less cohesive but features a tailgate-mounted spoiler, wraparound taillights and a dual-exhaust system.

Little is known about the model but is expected to ride on the same platform that underpins the CX-5. This should result a lower curb and improved fuel efficiency.

Engine options remain unconfirmed, but the US-spec model is expected to be offered a 2.0-liter four-cylinder unit that produces 155 hp (116 kW). There could also be a more powerful 2.5-liter engine as well as a Mazdaspeed variant, but nothing is official as of yet.