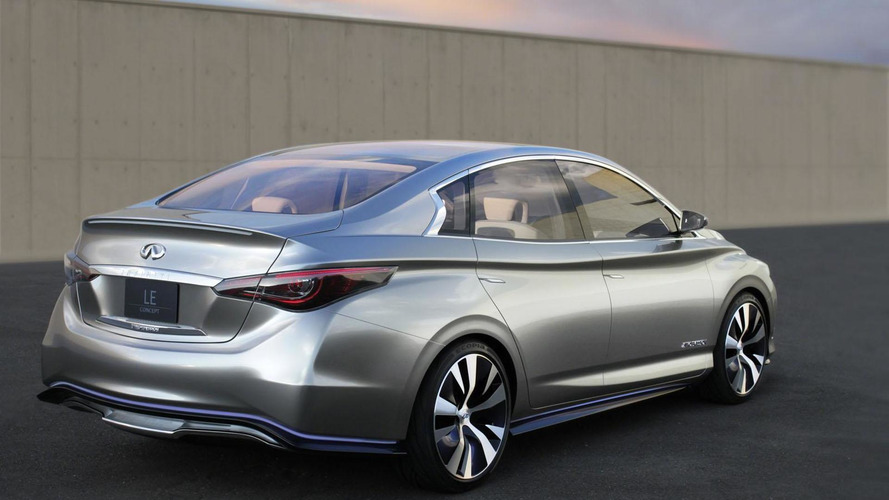 Speaking to Automotive News, de Nysschen said "There will be an Infiniti EV. The question is one of timing." He went on to explain "We have a whole host of product priorities. We have to make very substantial investments now, and it's important that we expand our volume footprint quite quickly."

The change is reportedly part of the company's plan to sell 500,000 vehicles annually by 2017. To hit this ambitious target, Infiniti will focus on volume instead of niche products.

While the electric vehicle is being delayed, the company's long-rumored flagship is not. It will reportedly be launched in 2020 and be offered in two different body styles that will ride on the same platform. According to de Nysschen, "It will be more Porsche Panamera-like than BMW 7 Series-like." He also added "We could then quite conceivably use the same platform to create a more compact 2+2, two-door coupe that could perhaps just dial up the performance and design appeal."

There's no word on when the electric vehicle will arrive, but it was originally slated to be launched in 2014. Little else is known about the car, but it was previewed by the LE concept that featured a 24 kWh lithium-ion battery and an electric motor that produced 134 bhp (100 kW) and 240 lb-ft (325 Nm) of torque. Infiniti claimed the model would have "exceptional acceleration," but the 100 miles (161 km) range was nothing to write home about.