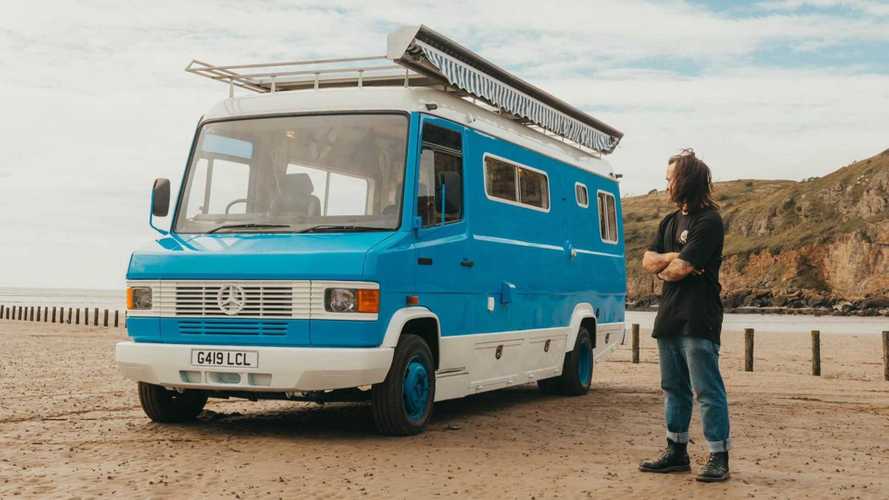 It turns out, dreams do come true for some.

The summer camping season is at least some three months away in the United States and this means just one thing - it’s the best time of the year to research the market for your next camper or motorhome. And if you’ve decided to go a different route this time and commission a custom camper designed and built to your preferences, we have good news.

There’s a company called Supertramped Co., which is specialized in mobile home conversions based on older European buses. One of their most recent projects, dubbed Ernie, was brought to our attention by TheDrive.

“The customers wanted a beach hut, surf shack, shabby chic tiny home but I didn’t want to just make a ‘normal’ tiny home.” Or, simply put, Ernie is equipped with a vintage interior combined with some of the smartest modern features. And, in fact, it’s not just a motorhome for your summer holiday but a rolling house where you can essentially live your entire life.

Some of the features include 520-watt solar panels, a fridge and freezer, a Smev propane oven and stovetop range combo, a 240-volt UV water sterilizer with a three-stage reverse osmosis potable water filtration system, a toilet and a skylit shower, exterior lights, a WiFi booster, Alexa smart home capabilities with voice-activated lighting, a Rockford Fosgate sound system with six speakers, and many more.

If you provide your own bus, the coachbuilder will design and build the entire living area for you. In the case of Ernie, a young couple commissioned the project and the final cost was approximately $25,000 without the donor Mercedes bus.

There’s only one minor problem. Supertramped Co. is actually located in the United Kingdom which means a few more grand could be needed to import your new motorhome to the States. But, as they say, if there's a will, there's a way.